This is the kind of game you can dabble with for months. The amount of stuff here, even by the standards of Warriors games, is...absurd is the only word I can put to use. It's the only thing that could possibly fit.

So, Hyrule Warriors: Definitive Edition. It's the third time that this game has been released, bringing together all the content of the original, as well as newly HD-ified forms of all of the Hyrule Warriors Legends-exclusive content, plus all of the DLC. It wears the title of Definitive Edition proudly, and for good reason; there is not a single thing missing from this experience.

If you're unfamiliar, the Warriors games, spun off from the core Dynasty Warriors franchise, are on the surface a case of massacre at a truly insane scale. You're a one-man army against dozens, even hundreds of individually very weak soldiers, carving through them like a scythe through wheat to get at their commanders who might actually offer a threat. Getting KO counts in the four digit mark isn't just common, it's how you unlock a major unlockable in every stage. 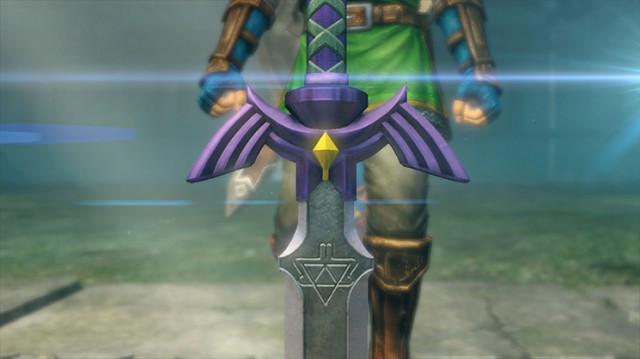 But it should be noted, that's the surface level. While these games tend to be easy, and Hyrule Warriors is no exception, they're not just mindless button mashers. Where the game gets its challenge and its focus, beyond the zen state of hack-and-slash gameplay, is in broad scope battlefield management. A warrior, no matter how strong, can only be in one place at once.

...Which is why the latest games, including this one, let you have multiple playable characters throughout the field. Now, I'm gonna be honest, I'm not actually super into this. I get a lot of my variety out of these games by steadily rotating who I play as, and the constant push push push to have two or three (or even four) characters in the field at a time really cuts down on my ability to do this. But that's also my personal thing, and given how many people I've seen throw tons and tons of praise onto this feature, I'm clearly the odd man out here.

Now, being a spinoff with the Legend of Zelda franchise, as I'm sure you can imagine, we have a lot of characters from Hyrule here. And I mean a lot. Not as many as you get when you go to ancient China for your army-destruction, sure, but between entirely separate characters and weapons, which are an entirely separate moveset, you have...I think it's 42 different options, once you unlock everything.

That's still sizable. And it covers a whole lot of ground. We have your evergreen classics, your Link and Zelda and such. We have unique characters from just about every game that had them: Ocarina of Time, Majora's Mask, Wind Waker, even Link's Awakening all get reps here. And that's without even touching the original characters made for this game, who run the gamut from the bouncy magician Lana to the dragon-knight Volga, to Linkle, a cucco farmer who never quit believing that stuff grandmothers always tell children about how they're special and awesome. 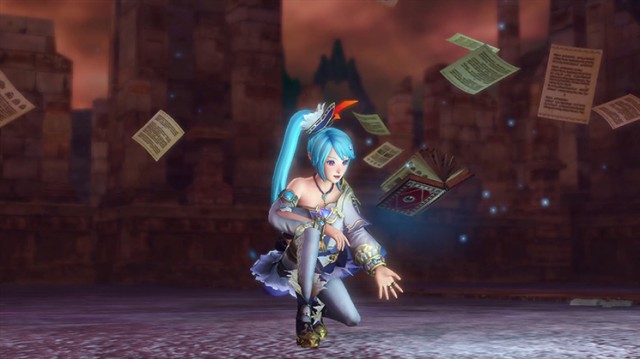 Of course, quite a bit of this has to be unlocked. And that's where you get a lot of the meat of the game. If you've never played this before, how it works in Hyrule Warriors is that there's the Legend Mode, which is basically your story. You'll spend maybe 10-20 hours here, as high as 30 if you do alllll the missions and get the extra epilogue and everything.

Then there's Adventure Mode. Oh my god Adventure Mode. There are literally hundreds of unique missions in this mode; how it works is that you have a sort of boardgame map based on a different Legend of Zelda game, which you travel across to different missions, and each of these maps has two or three dozen missions on it, as well as its own overarching mechanic or trick that permeates all of its missions.

There are 9 of them on the menu when you first unlock Adventure Mode, plus the Reward maps you unlock through skulltula killing.

Speaking of content and characters, we do have to address the elephant in the room. Fire Emblem Warriors. With two Nintendo franchise spinoff titles available for the Switch, at basically the same price, and released not really that far apart, which do you get? How does this compare to that? 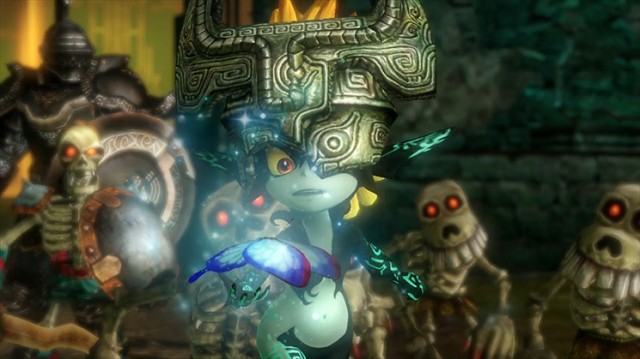 Well...here's the thing. Fire Emblem Warriors did a fair chunk of refinement to its multiple-characters-on-the-map mechanics, refinement that this game unfortunately lacks since it just ports the mechanics over from the Legends release.

But. BUT. What do you get in exchange?

No weapon class mechanics. Which is to say, every single character and weapon is a wholly unique moveset, none of the whole thing where two(or three or four or five) people basically use the same kind of sword in the same basic way.

A much broader visual variety. Both in playable characters and in soldiers/monsters you'll be facing, there's just so many different looks and styles.

A lot more refinement and care put into the Adventure Mode, compared to how Fire Emblem Warriors handled its version of the mechanic.

And, it has to be said, way more playable content for your dollar. Because this is a Definitive Edition, against Fire Emblem Warriors being a base game that you still have to buy all the DLC for. Here, you have a year and a half of extra content not just bolted on, but re-integrated into the flow of the game.

Now, if you already bought Hyrule Warriors once or even twice, you might already have a lot of that content, and quite frankly be a bit burned out on the game. And hey, if you're in that boat, I get you. But if you haven't played it before and you're trying to decide which, I've got to be honest, the decision is pretty clear in my book. 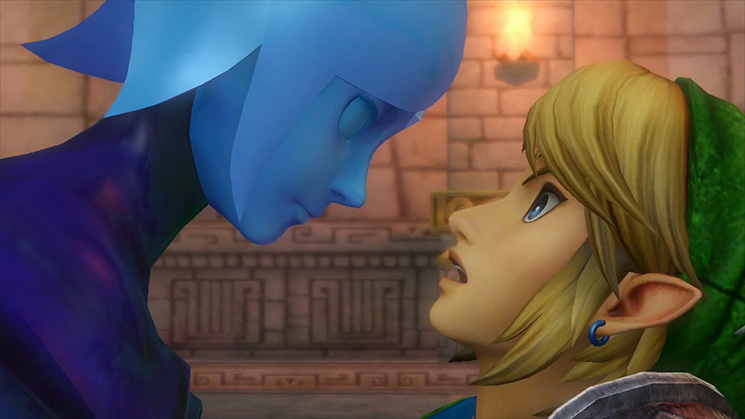 Before we go, I should touch on problems.

The game runs...Alright, in handheld form. (In docked mode, it works great, smooth as silk) I'm not as sensitive to framerate as some people, so the baseline definitely still works fine for me, but without the extra oomph of being in the dock, the game's a fair bit more likely to drop some frames here or there. That said, it's not nearly as bad as some of the other times I've played portable iterations of this franchise. Ask me about the PS Vita version of Dynasty Warriors 8 sometime.

I did run into a couple bugs here or there. Nothing major for the most part, just some basic animation-freaking-out stuff, but I did have one time where the game crashed when I put my Switch to sleep...Which then locked the whole thing up when I tried to wake it up the next day. I actually had to do a full reboot to get things going again. It hasn't happened since, though.

Because none of the content has seen major changes, there are still some weird balancing issues at times. The big boss characters still can be real pains if their AI doesn't get them to open up a weak point(though team-up mechanics help a lot), for instance, and some of the characters are just plain less effective or less fun to play than others.

And of course, given the kind of game it is, it's liable to get a bit repetitive if you spend too long on it at any one shot.

But in a game with so much to do, it's easy to overlook these problems. This is not the kind of game you're going to punch in 100 hours on over the next week and unlock all the stuff and let it consume your life, probably.

It is, however, most definitely the kind of game that'll chew up a few hours every now and then when you get an itch for some nice relaxing chaos, until one day your save file has a hundred or two hours racked up.

If you ask me, we all need a game like that in our collections. And Hyrule Warriors Definitive Edition might just be the best version of that around, especially on the Switch. Do it.