A meaty update, for sure. 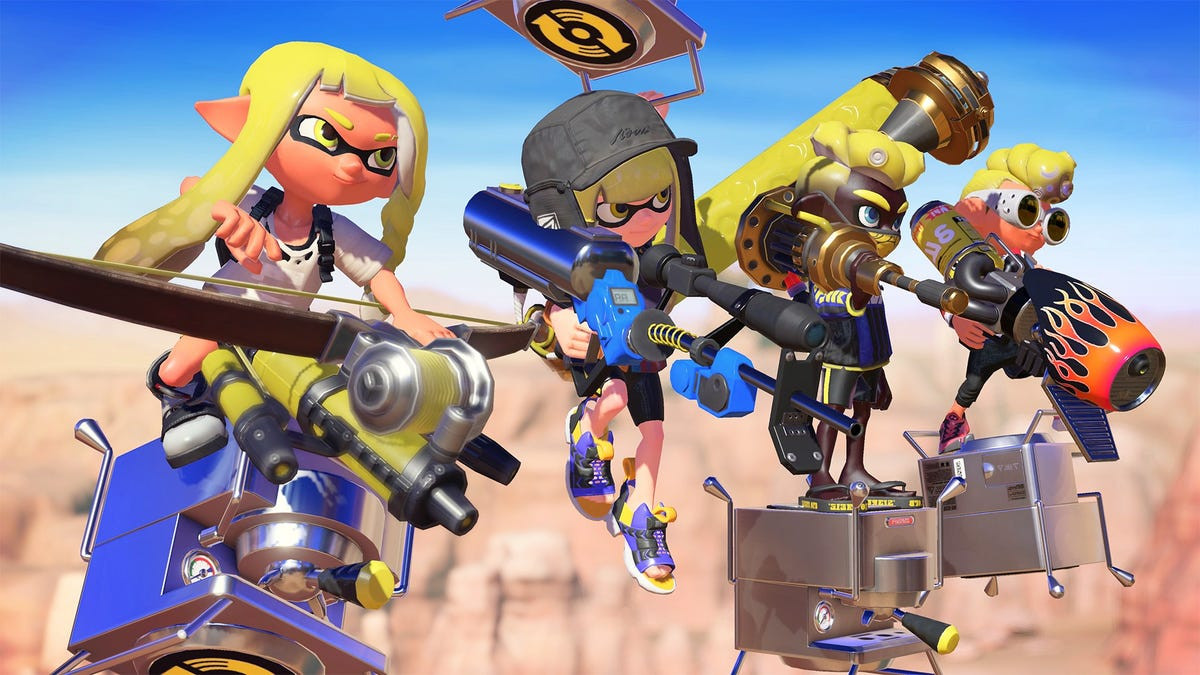 Nintendo have announced that a new update (2.1.0) is now live in their multiplayer shooter Splatoon 3 and you can download it right away on Nintendo Switch.
The new patch brings a lot of bug fixes, balance tweaks, UI tweaks, and a lot more. We also have a whole range of buffs and nerfs to many tools in the Splatoon 3 arsenal (from spread and damage to fire rate and ink consumption) The Dynamo Roller, Jet Squelcher, Sloshing Machine, Aerosprays MG & RG, and Nautilus 47 have all been tweaked while skills and sub-weapons like Ninja Squid and Angle Shooter also got some minor adjustments.
Here’s what the development team said regarding the new update:
“A lot of the adjustments to main weapons were made to lessen the impact on some of the weapons from Splatoon 2 where the increased performance of the gear ability was negated in Splatoon 3. Regarding changes to Ninja Squid, while mitigating the issue where players would lose sight of each other when shooting at each other from a relatively short distance, we’re also intentionally maintaining the way to approach opponents with longer ranges.”
“We reduced the amount needed to fill special gauges for some weapons and within that group strengthened some frequently used short-range weapons to increase player options. We increased the amount needed to fill special gauges for some weapons and within that group curtailed somewhat the tactic of using sub-weapons and special weapons to attack from a distance. We also made some adjustments to increase the manifestation of special weapons.”

You can check out all changes in the Version 2.1.0 update on the official Nintendo website. Splatoon 3 is now available on Nintendo Switch.