What a crossover this is. 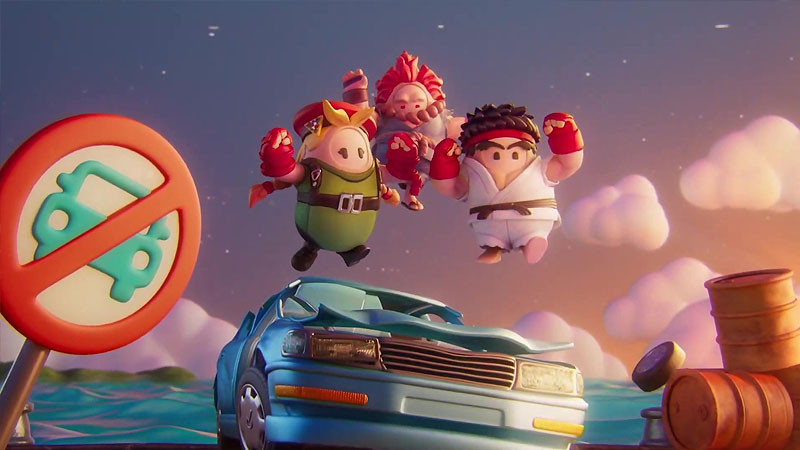 The immensely popular multiplayer mayhem Fall guys is getting another crossover, and this time, we’ll be seeing three legendary World Warriors from the iconic Street Fighter franchise.

Three new skins have been added in the Fall Guys in-game store and now you’ll be able to dress as the British special forces agent Cammy, the martial arts expert Ryu, and his demonic rival Akuma. On top of that, new nameplates replicating the classic Street Fighter II aesthetic and new emotes (Shoryuken and Hadoken) are also available.

Make sure you grab these goodies quickly because they will be removed from sale on November 30. The crossover won’t feel like you’re playing a brand new Street Fighters game, hell no, but it’s fun nonetheless.