Only for “players ranked S+0 or higher”. 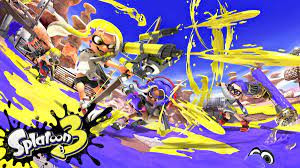 Nintendo are planning a seasonal update for Splatoon 3 on December (the title is “Chill”, quite literally), and you can expect several content drops, including (but not limited to) new weapons, levels, and game modes.

For some folks, the “X Battles” addition could end up being quite impactful, as it promises higher stakes ranked mode (other than what Anarchy Battles already provide).

Here’s a full breakdown from Nintendo:

“Also, quick reminder that X Battles are coming in Chill Season! Players ranked S+0 or higher can get in on some action that is decidedly NOT chill. You’ll have to put your own X Power on the line to take part, but don’t worry—Anarchy Battles will still be available as well. If you do decide to take the plunge into X Battles, you’ll need to join one of two divisions sponsored by local gear brands. The Takoroka Division covers Japan, Hong Kong, South Korea, Australia, and New Zealand, while the Americas and Europe play in the Tentatek Division.”

X Battles are kind of a bonus thing (and currently the highest tier possible) if you’re a competitive player. It should be added that, even if you’ve raised your rank just enough to unlock X Battles, you’ll still be able to access Anarchy Battles on a separate tier. So even if you don’t like it, you can just trade it back down.