Games Xtreme sharpens their axe, grabs their shield, and prepares to take revenge in the Song of Iron on Xbox Series X

Disclaimer: We got a code from Joe for this one, thanks JOE! 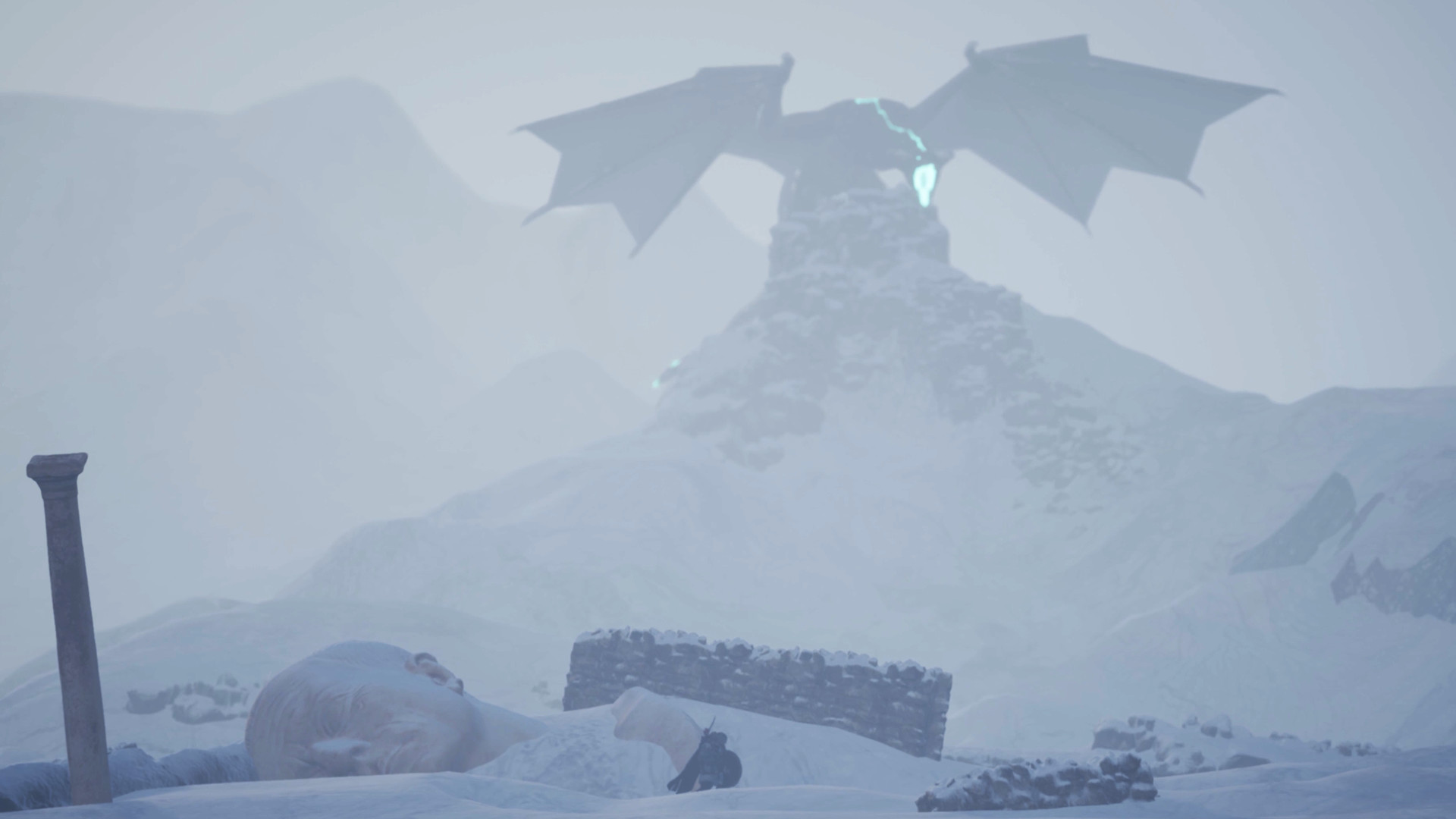 Join the Song of Iron

Sing now of valorous deeds, of battles won, of foes broken and torn, lying like bloody splinters at your feet. Talk with the axe, speak with the power of Thor in your actions, and let your enemies face the Song of Iron in your blood.

Joe Winter is a solo dev and Resting Relic is Joe’s indie studio.

Song of Iron is Joe’s game and for a one-man dev-team this one is an absolute solid-gold example of what one man’s vision, direction, and passion can achieve.

I have been following Song of Iron for a while, keeping an eye on Joe’s progress over at his twitter and I have to say from the moment I saw the first demonstration gifs, the videos, and the concept for the project I was hooked.

A side-scroller action brawler, with a surprisingly deep combat system and promising graphics?

A Song for the Fallen

The player is cast into the role of the vengeful other of a lover fallen (a warrior man or woman), a raid upon their village, and a mysterious ancient relic are the only clues of what has transpired. The game kicks off into high Nordic revenge gear and doesn’t let up story wise. I’ll not say much more about it, save for the fact that from the opening moments of Song of Iron, it draws you into a world of Norse mythology that wasn’t even captured by Assassin’s Creed: Valhalla. 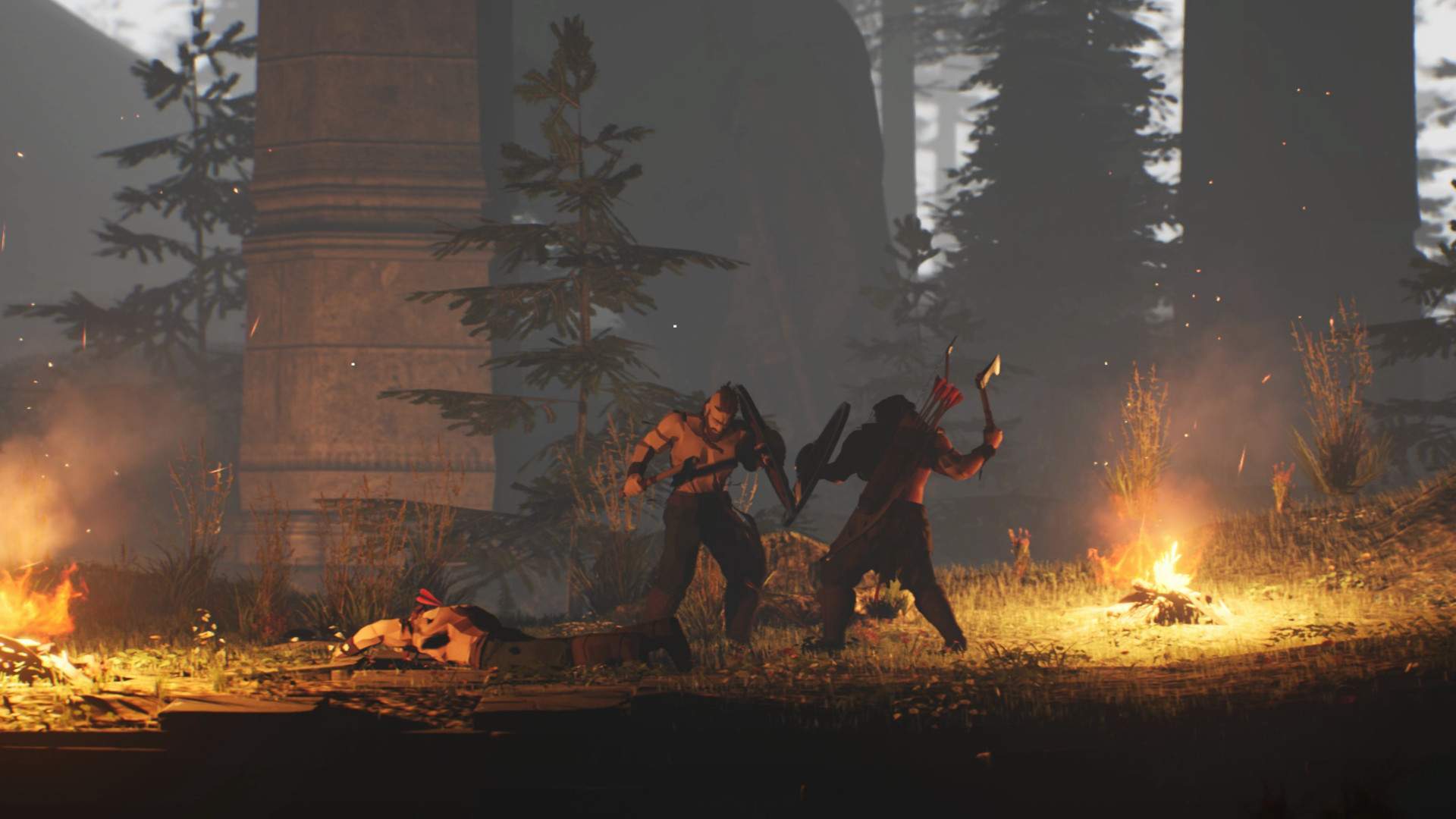 Take up the Axe, rend some shields

Song of Iron is a combat game, but there are moments where you can play a more subtle approach and attempt to sneak your way past the foes that stand between you and your goal. Ever moving toward the right-hand side of the screen, toward the next brutal encounter or mystery to be solved.

Song of Iron has the concept of battle-dance nailed to a T.

Ideally suited for a controller, Song of Iron has a simple, and yet surprisingly deep, tactical combat system which rewards an almost Dark Souls-esque level of study to pick up on enemy attack patterns, time strikes and blocks, and even dodge some of the heavier attacks.

All presented from a side-on view.

You can throw your weapons, discard axes for swords, or spears, drop a broken shield and pick up a new one from the nearest vanquished enemy. It’s smooth, it’s reactive, its physics based and most importantly: it’s fun!

When the enemy is upon you, strike them down, kick them hard, and learn to temper your revenge with careful battle-timing. This is the key to victory here, and some foes are bigger, harder, tougher, and more capable than you are. So, you make use of everything you can, throw your own axe, pick up a new one. Exchange your battered shield for a fresh one.

Kick a foe hard, knock them down, smash them as they lie on the floor.

Dodge past an enemy, let his friend with the bow sink an arrow deep into his back.

Song of Iron presents a highly visceral combat system along with the smooth and responsive controls.

Prefer to keep foes at range, even bow combat on the controller is simple and effective. Tip: head-shots work against charging enemies and drop them like a tumble-down cairn, or a sack of spuds, your choice. You can also aim with the bow, but you’ll need to use your eyes on this one, there’s no cross-hair to help out.

Song of Iron will have you fighting through various enemies, scaling mountains, and solving puzzles as you embark on this tale of revenge. So, it’s a very good thing that the combat system is engaging enough that you should relish the next fight rather than dread it. 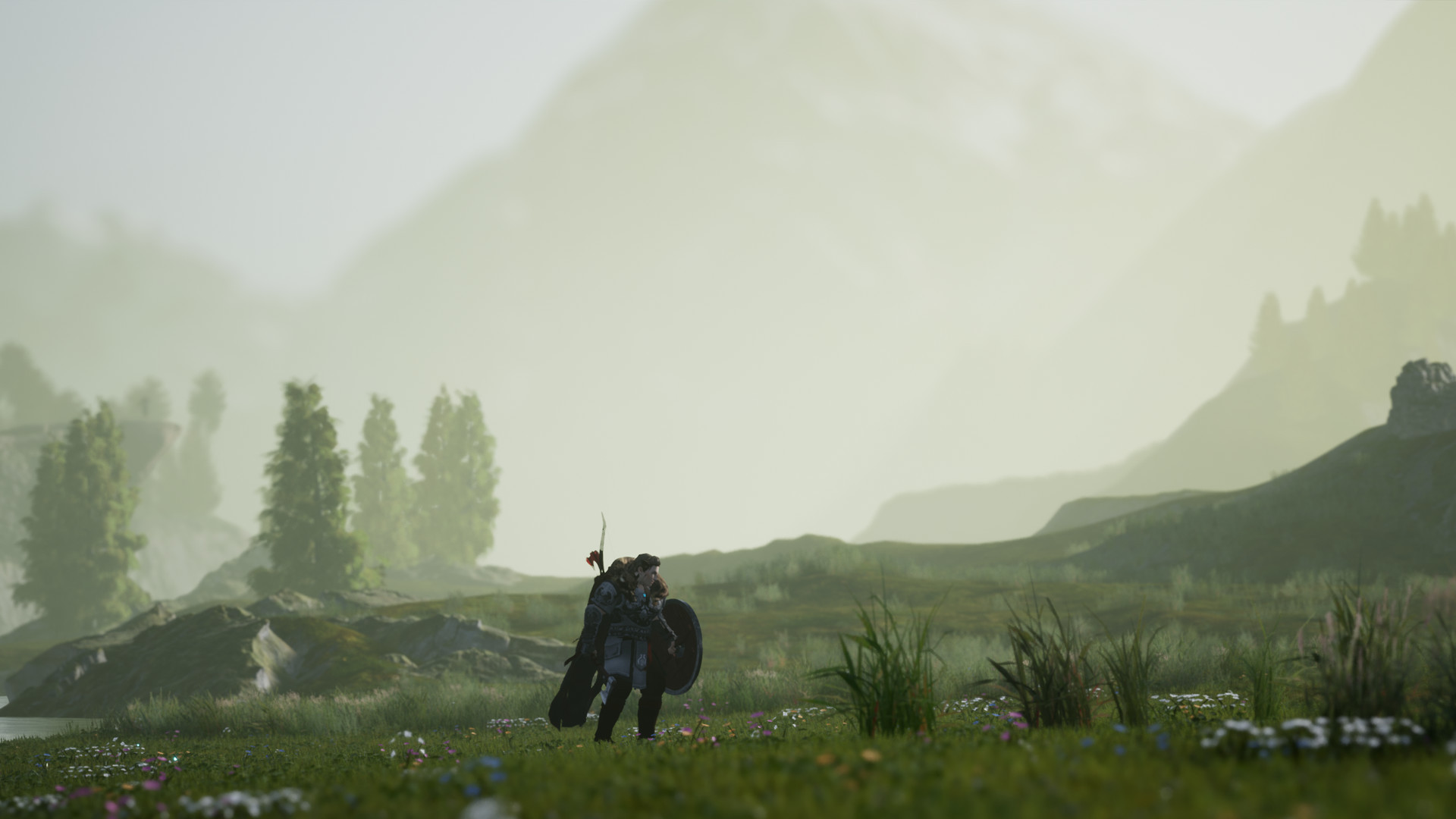 One thing I have to draw attention to here is Song of Iron’s incredible visuals, and aesthetic design choice. The whole game exudes a beautiful and sometimes stark style, but takes this and wraps it up with some of the best in-game camera work and use of light/shadow to change the way a combat scene is framed.

Picture the moment. You are hunted, the forest is crawling with enemies, and you have decided to crouch and just sneak on through. The game does an incredible job of using light and shadow to heighten the tension, change the way the scene looks, and provide a perfect companion to your character’s desire to slip past.

If stealth fails, the axe prevails, and now this subtle background is barely lit and forms a style akin to that of Kurosawa.

It’s gorgeous, and the stark shadows and silhouetted figures in moments like this just make things come alive.

Song of Iron is no slouch graphically, and Joe’s pushed this game to the limit with the visuals. The animations are also impressive, and there’s just the right amount of flow to the combat, with a satisfying weight to many of the weapon impacts. Both the player character, and the enemy combatants are given an equal amount of love here and it shows.

The Sound of Iron

Environment sound effects are subtle, and effective, the clash of weapons and the thud of an axe upon a shield are just balanced correctly and sound great through TV speakers, or a headset.

The music to Song of Iron is excellent as well, it flows and swells as you battle, and then provides a subtle accompaniment during many of the game’s downtime moments, as you move onward through different areas and environments.

We’ve been playing this for a bit since launch and honestly, we’ve not encountered an issue, a frame-drop, or any kind of glitch so far. One moment we thought we’d hit a progress blocker, was in fact our own failure to pick up on a clue in the environment.

We were playing on an Xbox Series X and the game has been flawless so far.

Join us then, and sing your own Song of Iron as we really do recommend this one! 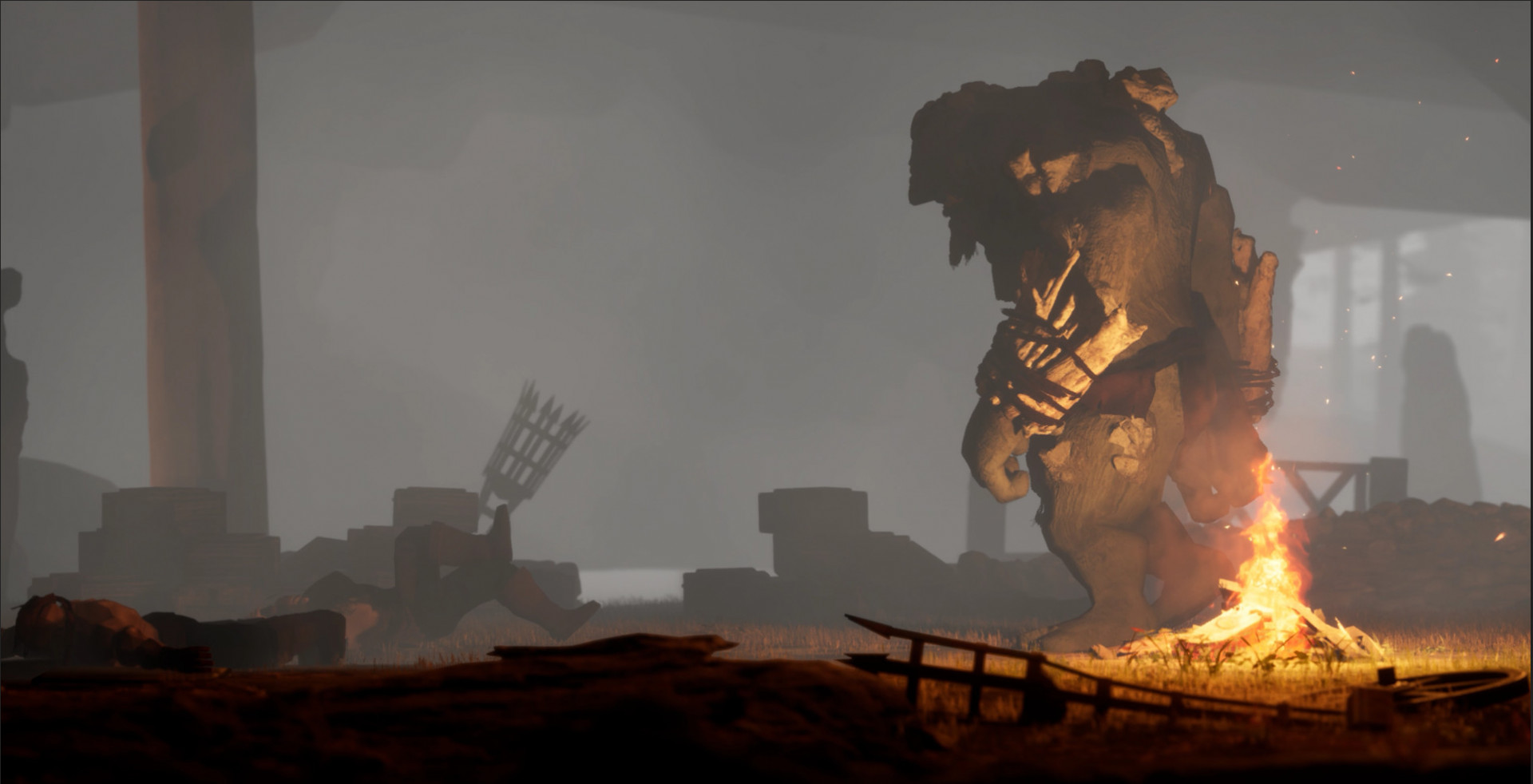