Colette is a graduate of the Stock, a Trigger Witch, in a world where magic is old hat and firearms are the new sorcery! Join us as we gun down some blobs and reveal what we think of the game on Xbox Series X 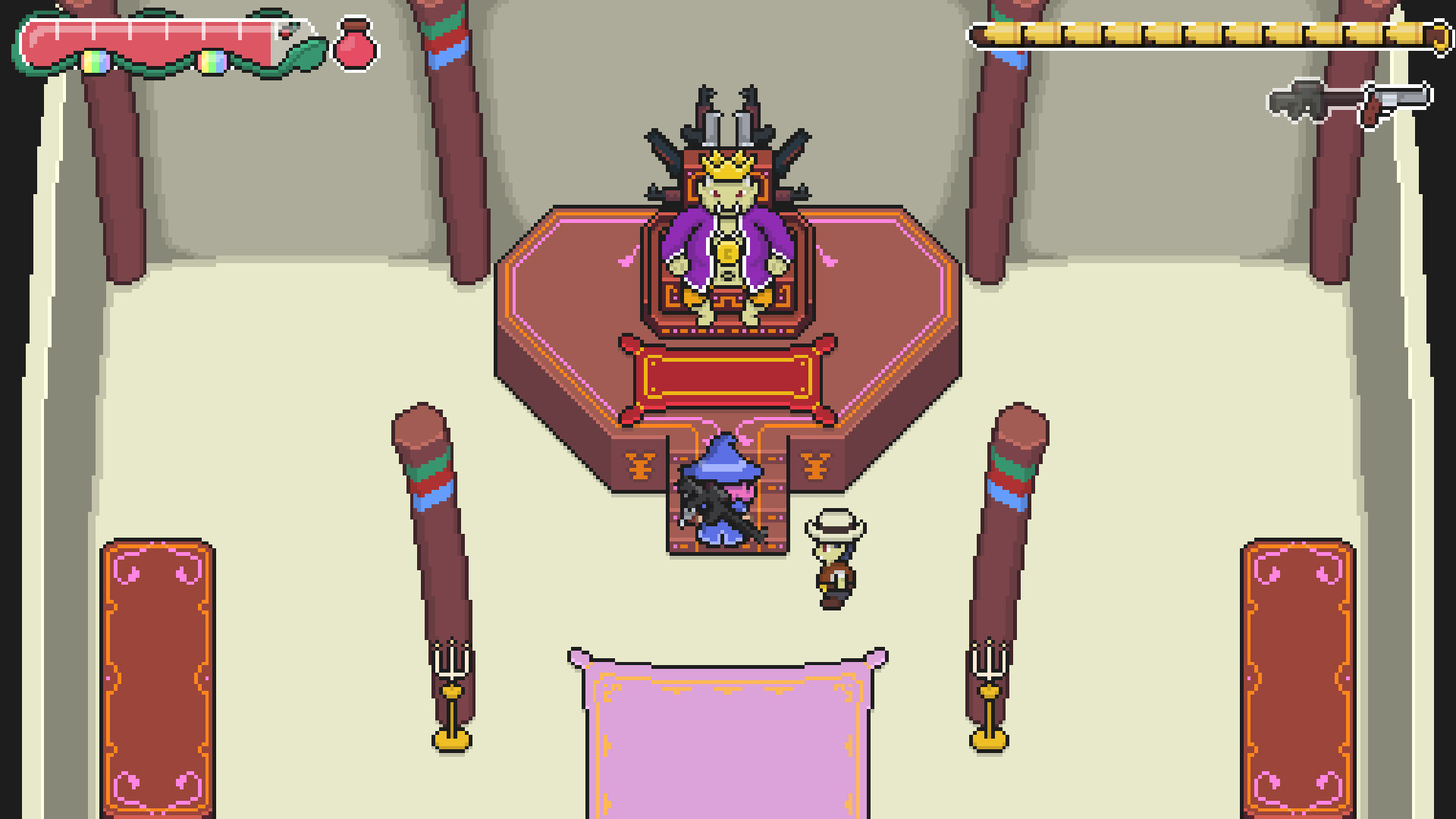 There’s something about 16-bit games in the age of ultra-realistic, eye-melting, mind-bending graphics that speaks to the eternal gamer in my soul. I’m a huge fan of sprites, old school animation, and pixel-art graphics in general.

Kingdom: Two Crowns, Dead Cells, and upcoming games like Replaced all have a soft spot in my heart.

So, when the PR for EastAsiaSoft shot us a code for the Xbox, I had to take a punt at this one.

What you have here right away is a game with charm, one that casts you into the shoes of a Trigger Witch, Colette. A graduate from the Stock, an academy for Witchcraft and Triggery. Long story short, a mysterious man invades the realm and events are set in motion that basically push Colette onwards and … well … the rest is there for you to discover should you decide to play this.

And you really should give it a go! 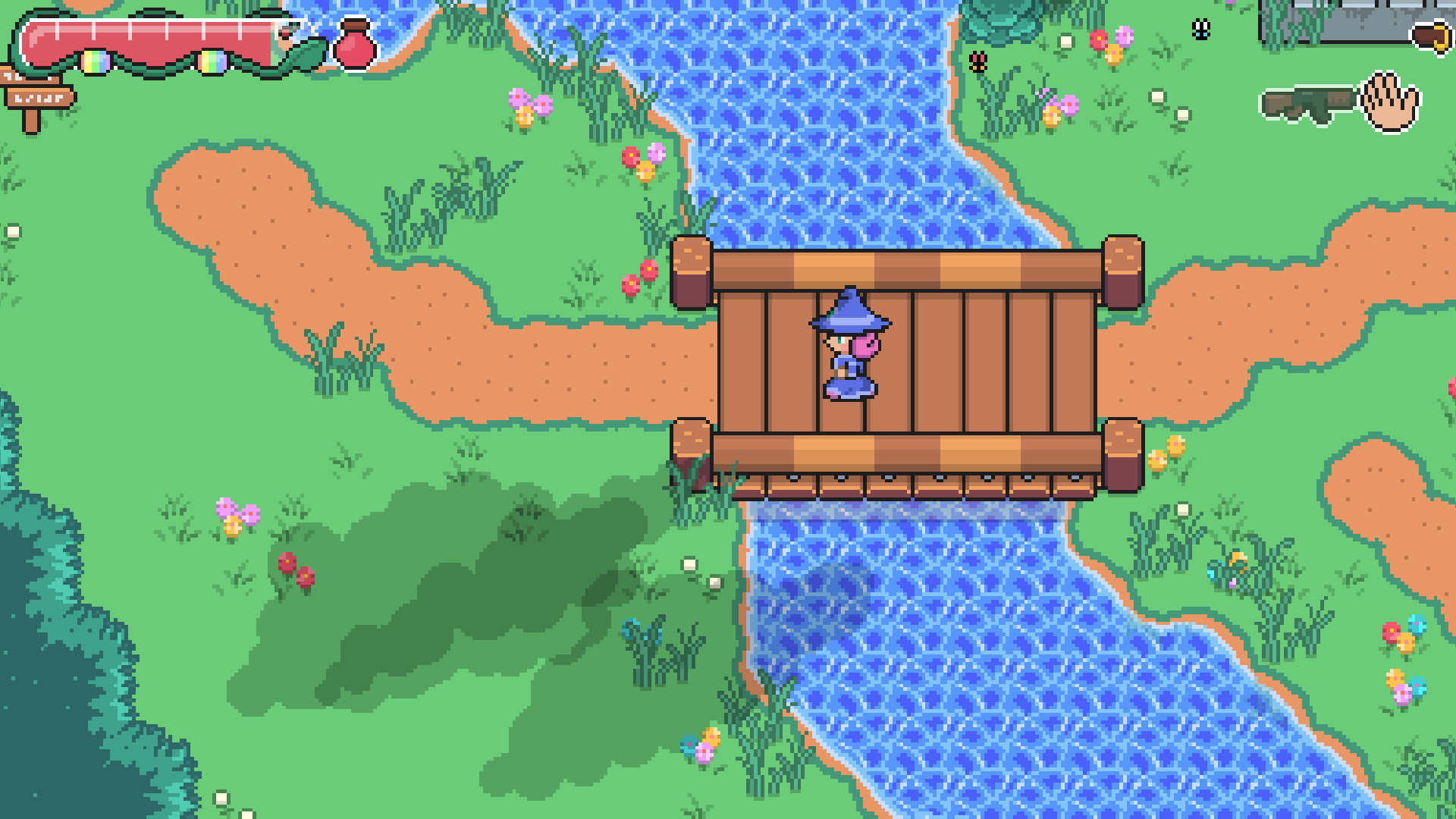 The graphics here are colourful, the 2D pixel art is great and the animation and character totally shines through on this one. Combine this with the narrative, the environments, and the puzzles to solve and you have a 16-bit adventure with modern design, fit to stand alongside the old-school outings.

Combat is twin-stick shooter style, with a fast and fluid system that keeps you focused on the action. Enemies are varied and require different strategies and tactics to overcome. Rather like Enter the Gungeon in that respect, only with an overworld and an emphasis on storytelling and larger interconnected environments.

Whilst you explore the various locales of the world, you’re going to find and unlock a bevvy of upgradeable new firearms. Your trusty main weapon, and a side weapon that takes longer to regenerate its ammo can all be upgraded in a variety of ways.

The dynamic and engaging soundtrack fits the action on screen, and as Colette annihilates a bevvy of colourful and deadly opponents, you’ll hear it shift and change as battle progresses from hectic fights to more sedate explorations.

Puzzles are fun and never too taxing.

Combat is where the game really shines, and you’ll soon get the hang of moving around, using iFrames and blasting the denizens of this world into chunky bits of goo, with your ever-increasing arsenal of goodies. 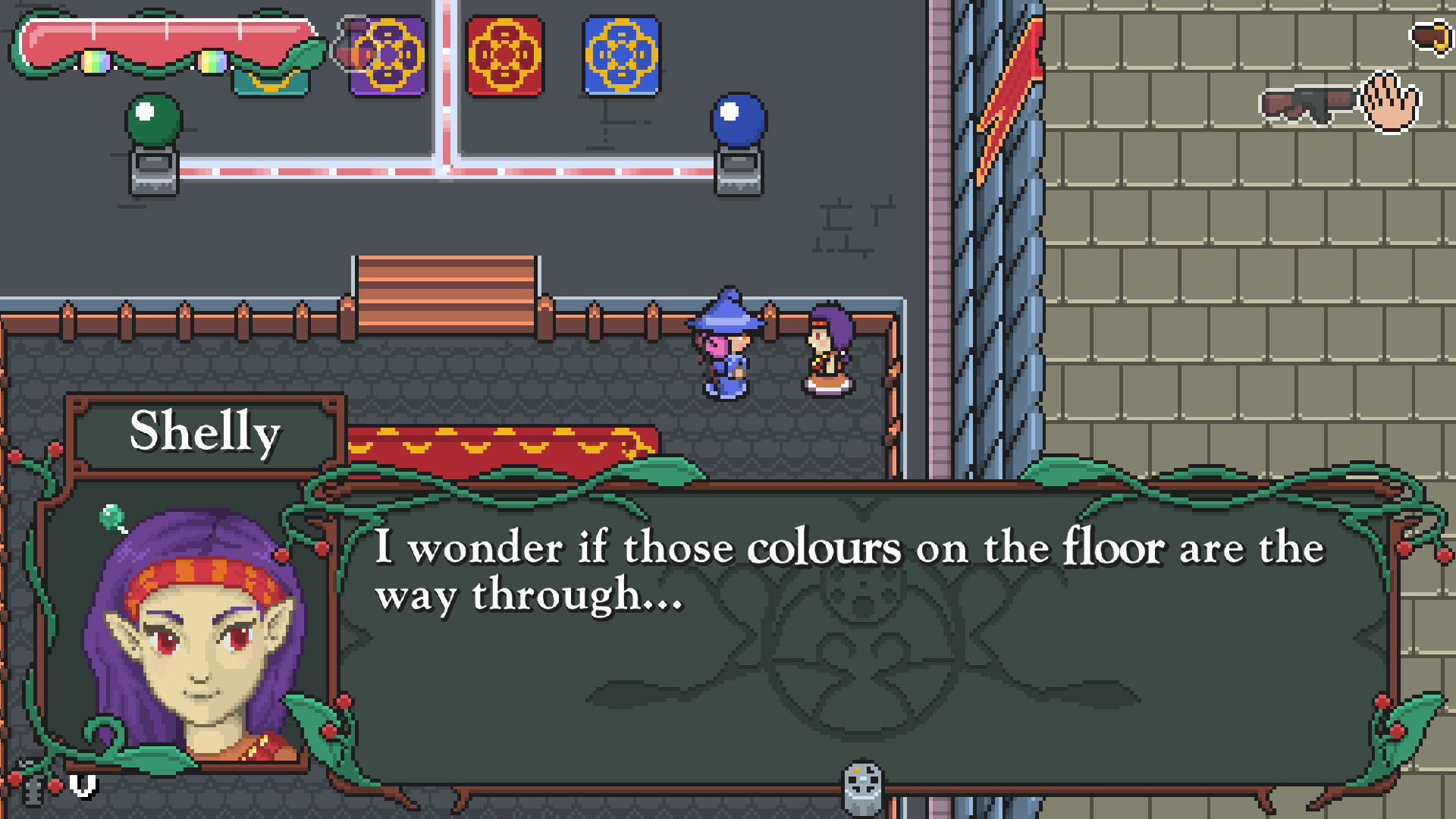 It’s not all about the Dakka

It mostly is, and as the Orks of the 41st Millenium say: Der’s always room fer moar dakka! You’ll get story too, an engaging one full of twists and turns as you explore this open world and meet a a cast of strange and (I found) endearing characters. The dialogue doesn’t overstay its welcome and it’s delivered in a crisp and non-wall of text fashion.

Developer: Rainbite has done a nice job balancing the various gameplay elements of this game.

Trigger Witch is a fun game solo, but that’s not the only way you can play. If you have a friend over, you can indeed indulge in some glorious old-school two player couch co-op and team up to rain bullet hell on the enemies!

Trigger Witch is a fun romp that will definitely bring a smile to old-school 2D action game fans, and might hook in a few new fans along the way. I had a lot of fun with it and I’ll be going back to playing it alongside bouts of the Ascent, and Forager.