Control 2 was officially announced by 505 Games and Remedy 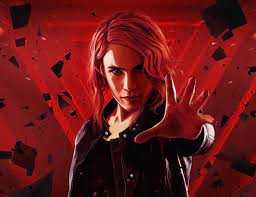 Remedy Entertainment have announced that they are working on a sequel to their critically acclaimed 2019 action adventure, Control. Control 2 will be developed in cooperation with a developer/publisher 505 Games.

The game director Mikael Kasurinen said the following via the Remedy Entertainment website:

“With Control 2, we’ll take another leap into the unknown. It’ll be an unexpected journey. It’ll take a while, but to put it mildly, this is the most exciting project I’ve ever worked on. It’s still early days, but it will be worth the wait.”

505 Games also talked about their work on an upcoming ground-breaking project:

“We are excited to deepen our cooperation with Remedy and continue the success story of Control together. Since its launch in 2019, Control has sold over three million copies. Control is the biggest investment 505 Games has ever made, so it has a special place in our hearts. We are grateful to the whole player community that has made Control such a long-lasting and loved game, and are even more excited to bring out Control 2.”

We don’t have a lot of details about Control 2 at this point but we know that the game will be developed for Xbox Series X, PS5, and PC and it will utilize Remedy’s “Northlight” engine. 505 Games will be handling the marketing/release on PC while Remedy will be in charge of publishing duties on console platforms.

Control 2 is currently in development at Remedy Entertainment and 505 Games.