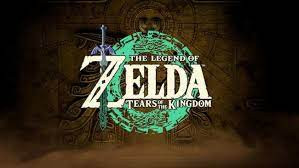 Nintendo have dropped a new financial report for the fiscal year ending in March 2023, and oh boy, we now have the release dates for some amazing first-party releases waiting for us next year.

Not for all games, though. First of all, we don’t have the actual release date for Pikmin 3 at this point, we just know it’s coming out in 2023. Similarly, Metroid Prime 4 is still in development and it doesn’t even have a release year announced yet while Advance Wars 1+2 Re-Boot Camp is “TBA” as of November 2022.

As it appears, Europe is on the same timeline as the US. On the other hand, we have Japan welcoming Mario + Rabbids Sparks of Hope (which the rest of the world already has) on December 2 while the Re-Boot Camp “TBA” listing is completely missing. As 2023 gets nearer, we can expect more information to roll out. A new Nintendo Direct is also quite certain at this point.

The Legend of Zelda: Tears of the Kingdom