We’re also getting a new stadium. 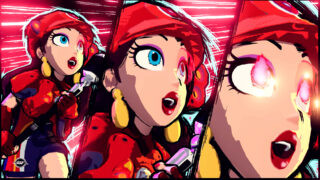 Originally confirmed in the recent Nintendo Direct, this is a full-blown update for Battle League. Other than adding brand new content (Pauline, Diddy Kong, additional gear, and the Planetoid stadium), it also serves as an adjustment patch. We can see that charge times for perfect passes have been tweaked, you can earn more coins in general, CPU teammates are now snappier, and clubs will also now be banned from participating in a season for 30 days instead of 90 days if no one comes online during that time.

You can see the full patch notes below.