A Suikoden I & II HD Remaster will launch next year 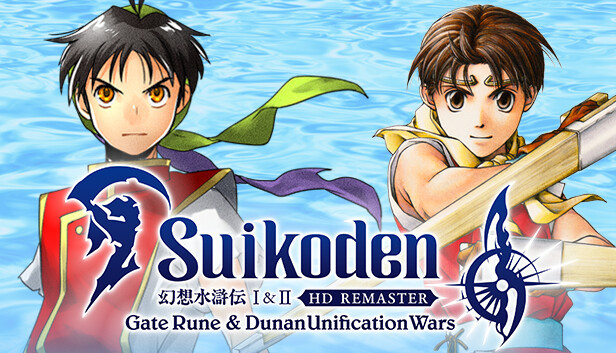 Konami have revealed that Suikoden I & II HD Remaster is coming to PS4, Xbox One, PC, and Nintendo Switch in 2023 and it will pack in both games under the “Gate Rune and Dunan Unification Wars” moniker.
As Konami says: “HD background illustrations, updated pixel art, new environmental sound effects, an auto-save feature, a battle fast-forward mechanic, a conversation log, and extra HD battle effects.” The trailer also shows that moving diagonally is possible. This might excite some hardcore fans, too: “All character portraits have been updated in HD. Junko Kawano, who designed the characters for the original version of Suikoden released in 1995, has newly re-drawn all the character portraits for Suikoden I HD Remaster Gate Rune War.”

The remaster also has a Steam page right now in case you want to look up more information about it.  info. I mean, while this isn’t huge news to some, it’s great news for Suikoden fans. Other than offering another cheaper option to play these two Suikoden games, we also have the whole Eiyuden Chronicle spiritual successor series, which currently has one released game and one coming in the future.

Suikoden I & II HD Remaster is coming to PS4, Xbox One, PC, and Nintendo Switch at some point in 2023.