End of an era: Sakurai is running out of Smash Ultimate screenshots

It really feels like the end of an era. 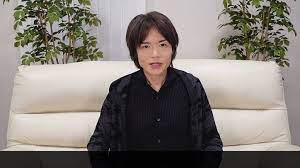 At this point, we can’t really know what is being kept in store for Super Smash Bros. Ultimate, but it seems like the screenshots have run their course.
The news comes directly from Smash Bros. boss Masahiro Sakurai who confirmed the information on his
Twitter account.
He also said:
“Posting daily Smash Ultimate screens has been part of my workday ritual for a while now…but it’s looking like I’ll run out sometime in August. I even took around 200 new ones as we were wrapping up development, so it’s hard to believe they’re already gone. Time sure does fly!”
Sakurai himself has been sharing screenshots of Smash Ultimate for quite some time. He also showcased some oddball scenarios and pushed the engine to its limits. Incidentally, he already announced he would have to stop doing it on December 26, 2021, but has kept going since then. The reason for the shift lies in the fact that he no longer has access to the development kits and tools.
It’s been a good ride for sure.