Man, okay, this feels like a blast from the past. 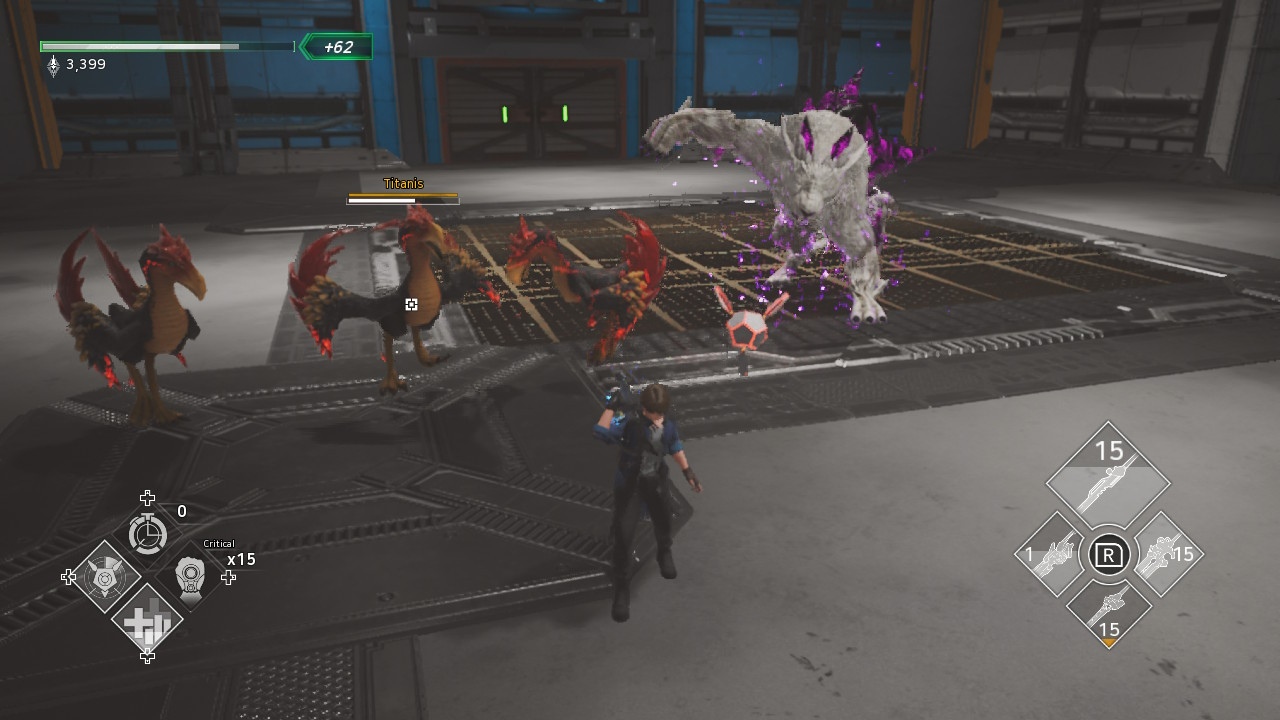 So right out the gate, let’s establish what we’re working with here. Ultra Age feels like a B game. I don’t mean in terms of performance grade, I mean like in contrast to AAA games. It feels like the sort of game that smaller third parties put out in, like, the PS2 era. These weird, forgotten little wonky gems that basically only you and your friends knew about. Hell, I actually had to go look up and see if it was a PS2 era game getting an HD remake, because it just feels like it should be back there despite all the modernity.

Quick run over the mechanics and story: You’re Age, some type of scout in what is, at least in the early game, a fairly vaguely-defined organization, looking for an artifact that might help you get to the secret of eternal life. Also you have a really cool sword that’s a hilt that can swap out different blades. GO.

Your mechanics are, at their heart, classic stylish-action stuff. Light and heavy combos, each of your swords works differently, special moves, you kind of know the drill here if you’ve ever played a game that looked like Devil May Cry or a later Onimusha. Run around, collect stuff, hit enemies.

But all of this is just the baseline. It’s easy for me to just say “oh look here’s the mechanics”, but what’s the actual experience of the game like?

From a 2021 perspective, the answer is… mixed. One of the other reasons that I felt like the game had fallen out of a PS2 that’s also a time machine is because of all the little budget things I hadn’t seen since those days. The areas in Ultra Age tend to be a bit flat and barren, besides a few decorations that are mapped to clean square collision boxes. It’s a design model that feels very different from the more naturalistic designs of today.

And that’s without touching on the areas that feel just straight-up copy-pasted, rooms that are almost completely identical. While these are in man-made areas and thus some of this is inevitable, it’s also striking how…well, noticeable it is compared to how new games typically create some visual differentiation. 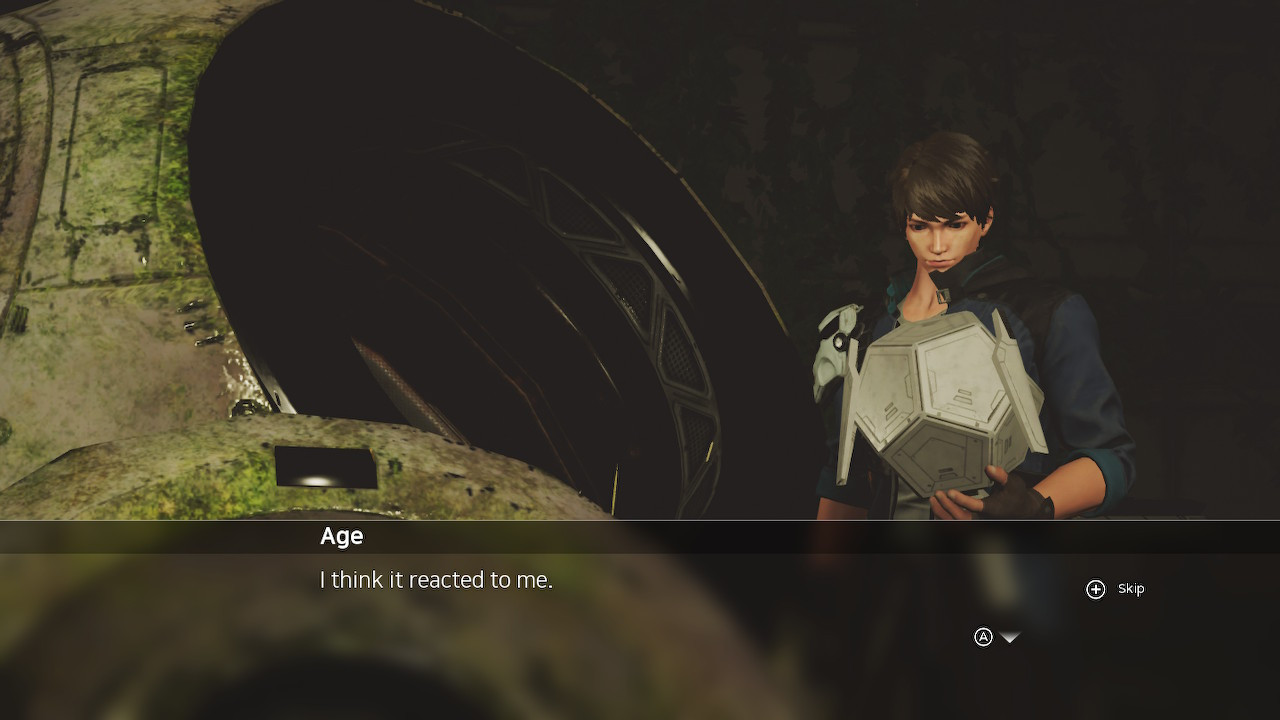 Then there’s the dialogue. And oh my god, I am so very glad they gave me the option to switch to Japanese voices. The English ones are…They’re just bad.

Actually, they’re bad in that specific way of this same PS2 era, where they’re a little too bouncy and enunciate in strange ways. I’m used to modern bad voice-acting being too dull in an attempt to be naturalistic, with the occasional piece where an actor went over-the-top and instead blew out the roof. But this is just some straight-up “Can you help me find some sailors?” kind of stuff.

I have to emphasize that to my knowledge this is a new, digital-exclusive game, released for the first time in the year of our Luigi 2021. But if you showed me a badly photoshopped DVD case showing the game as ONLY ON XBOX in that gritty yellow box, I would believe you without question. It just has so many hallmarks of that era of game.

There’s some odd design quirks in the gameplay loop, though, that do feel a bit more modern…But not on console. Have you ever played one of those premium ports of a mobile game where they retool all the numbers around the fact that it’s not going to be whale-hunting anymore, so you end up with this abundance of stuff you were originally supposed to be paying real money for?

Some of the design kind of feels like that. All of your blades are actually disposable; they drain on durability and break after so much use. Which would be a fine design principle, except you can just stack them and collect more, so your baseline blades just end up having full stacks all the time. I’ve always got 15 Katanas just because all the enemies who I want to katana drop katanas, and so on and so forth. Collectibles also have this time-to-respawn mechanic…But I was never able to get them to respawn in real time, only by using the time shift mechanic that chops down those timers.

So just like if you showed me that bad DVD case…If you showed me a badly photoshopped app-store listing that showed this was actually a premium-grade mobile game trying to take on the likes of Genshin Impact, I would immediately and completely believe you. 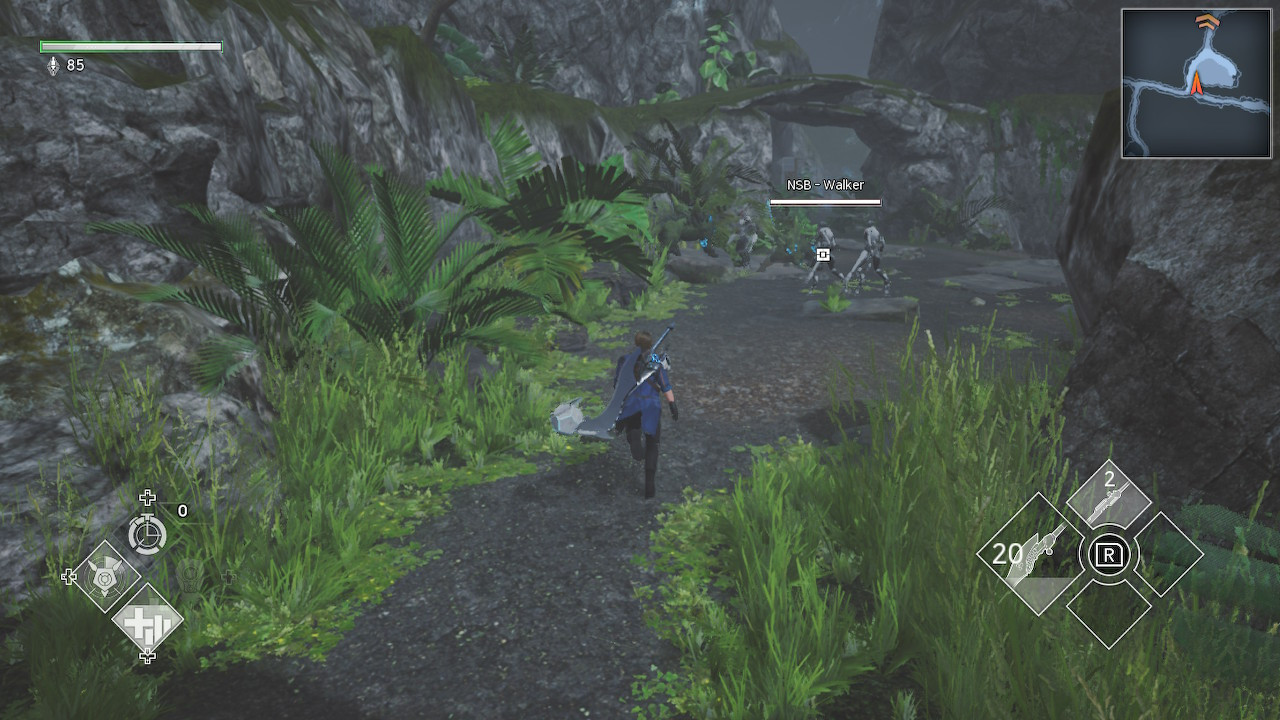 But talking about all of these releases it feels like…we should probably talk about its actual release. I played the Switch version, which ran…okay. At a loose guess with no tools, it’s probably a smooth 30, but I’d be willing to be corrected on that front. I certainly didn’t get bogged down bad like some games we’ve played, that go down into the high teens. But it seems to also be running at a lower resolution than full 1080p, and woo boy did I notice some resolution drop when I undocked my console. You can see it in some of the screenshots, actually. There are times the game looks less PS2, and more PSP, because of how far down the internal resolution is.

It also is clearly pushing the little guy hard to get those results. My Switch got hot in extended play sessions, and while handheld wasn’t as bad (both from the res drop and from the improved airflow of an exposed Switch), it’s worth noting if you’re one of those poor souls with a janky fan.

So…We’ve got a slightly wonky game with cheesy voice acting, rough graphics, and still pushing our plucky little console to its limits by brute-forcing all of that. Where do I actually stand on it?

Honestly, I had a blast with it. The thing about that whole PS2-era-B-grade-game thing is, that’s when I was of the age to be developing tastes and opinions. I played tons of games then, learning what I liked and didn’t, and with it being the peak of the rental era, I played even more. I could go into my storage right now and rattle off half a dozen forgotten games just that I owned that Ultra Age would fit right in with, and they all meant a lot at the time.

I’m not gonna say it’s perfect. Certainly, you’re probably better served getting the PS4 or PC version on simple performance alone. I definitely had some bugs, crashes and the like, and at least some of those were probably because of making it work on the Switch.

But at the same time, man, I don’t see a lot of these sorts of games go by my desk anymore. I’m either seeing big AAA stuff, or I’m seeing artistic 2D indie stuff. The whole reason I review stuff on the Switch is because it tends to get these odd little ducks that don’t see much attention on the other platforms, and this is one of those times where that’s really paid off.

So yeah. It’s not perfect, it’s got some flaws. But for 30 bucks, if you’re in that same age bracket as me where late-PS1, PS2 era stuff was the shit, I think you’ll have a pretty good time with it.