First off, many thanks to Apoapsis Studios for providing us with a review copy for you all today!

This game has actually been available since September 2017, which blew my mind but looking at gameplay back then it was a completely different game compared to today. The game has been in Early Access since then but this month the game will be officially leaving Early Access and will be launched as a full and complete game and I bet that feels amazing, to know your game after so long is considered ready for retail launch.

Airport CEO is exactly as it sounds, you are in charge of an airport that you construct, choose contracts, arrange flights and so much more. Normally games with these kinds of graphics do tend to put people off but I grew up with Tom Sawyers Roller Coaster Tycoon and Locomotion so if you try to tell me games can't succeed with these graphic styles, I'm going to call you crazy, they can work if it is pulled off correctly and if you love management games, this is definitely something for yourself.

Now let's be honest, the major trend these days are beautiful construction games like Cities Skylines, Surviving on Mars, the Anno series, Planet Coaster/Zoo, you know that kind but its really nice to see games like this take a different direction because it works! I've always had a soft spot for construction games, especially by Paradox who brought us games like Cities Skylines and Surviving on Mars and Frontier Games who made their popular debut with Roller Coaster Tycoon 3 and now advanced to Planet Coaster, however their title Jurassic World Evolution is definitely a massive must play for me! Especially if you played Jurassic Park: Operation Genesis, if you did then you are on the right path for glory.

You begin your journey with a blank field and a road into your world where everyone will be coming from. So, my way of approaching this is to start off making the terminal first so you have a rough idea on what kind of style of airport you are going to construct. I like to have my terminal roughly at the bottom next to the road coming into your airport and have the runway/parking bays for the planes towards the top so you have plenty of breathing room for the terminal itself and when it comes to making the terminal and adding the facilities you really can go all out with the needs and also whatever layout you'd like so you can either make it a really easy process for passengers to check in and get their flight, or follow the traditional airport process and put about 1000 checks and luggage points before boarding your flight. 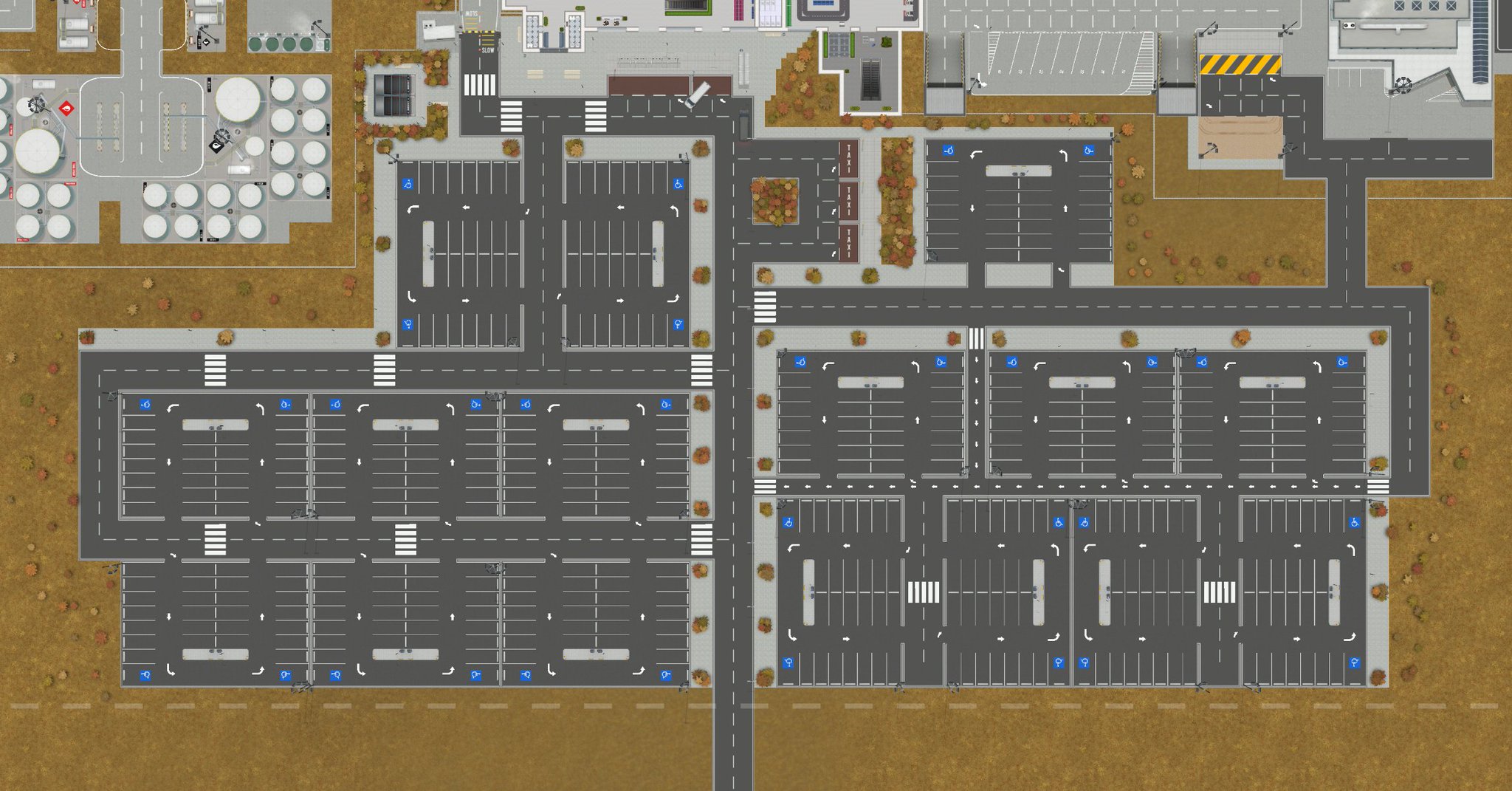 In order to make a successful airport you can't skip anything. First you make the outer line of the main terminal, then you need a staff room for your staff to chill and for the admins to do their job, you need check in desks, security checkpoints, luggage drop off points, departure screens, the options are actually endless and it appeals to all kinds of people. You also need to take care of utility services around the airport to keep everything running smoothly.

What do I mean by this? Well for example when you make the runway you can honestly have service disruptions because of cows roaming the runway, which is the last thing you need so you need to build a fence all the way around the runway to ensure everything runs normally. At each of the stands for the planes you need stand agents to refuel the planes so they can come and go, you can assign flights to be cargo or passenger but I mainly focus on passenger flights. When I say you are in control of everything, I mean everything such as hiring, the better the skilled the higher their wage, the contracts for the construction workers, the administrators to work on upgrades to provide your airport with better and more profitable services like larger runways to support larger aircraft, buying airport vehicles like fuel trucks, fire engines, police cars, buses to take from the terminal to the correct aircraft stand and so much more the possibilities are truly endless here.

As you improve your airport, facilities and contracts you will also have the capability to buy more land on your map to increase the size of your airport and that is a great thing, especially as you get more facilities that take up quite a bit of space. It is practically impossible to cover everything available on a review because you have so many possibilities in your approach. The tutorial is also really helpful, took me a while to link up the taxiway to the terminal and runway but when I did it just became a force of habit in the end. As of right now with their latest update there are a few bugs but by repeating what I did I didn't come across those bugs again so I believe it could be just the case of closing and restarting the game but the bugs I've encountered were never game breaking and I imagine they'll get patched ready for the full release of the game. I definitely recommend you picking up this game if you love management/construction games like myself. The price for the game is £19.99, which in my opinion with the updates, coming out of early access and even Steam Workshop support is a more than reasonable price. So again, pick it up, seriously worth the time you put in.