Fall Guys gets a crossover with Untitled Goose Game

What a cross-over this is. 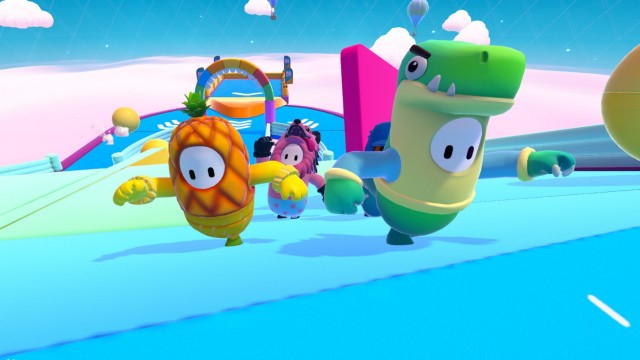 The official Fall Guys: Ultimate Knockout  has unveiled a collaboration with House House's awesome Untitled Goose Game. The goal? Well, it's simple - the crossover will bring some new (and epic) themed outfits to the in-game store.

We are getting three new costumes in total, including the Goose himself, a farmer whose garden you get to mess up, and a tormented boy. Goose is already available in the shop and you can get the outfit for five crowns (that offer applies to both the backside and the head). Other than outfits, the crossover is also bringing the Honk emote (with sound effects) to the core game.

Fall Guys: Ultimate Knockout recently got a mid-season update for Season Two and the game has been updated with plenty of remixes to the already existing events. You can also play it now on PS4 and PC.