Ori and the Will of the Wisps Review

Nature, in all its splendor.

I'd say I'm not sure where to start, but I think all possible answers kind of start from the same place. This is just a beautiful game. Aesthetically, thematically, technically, on every level, Ori and the Will of the Wisps is a delight for the senses and the soul. Put that on the box, get us on the map. 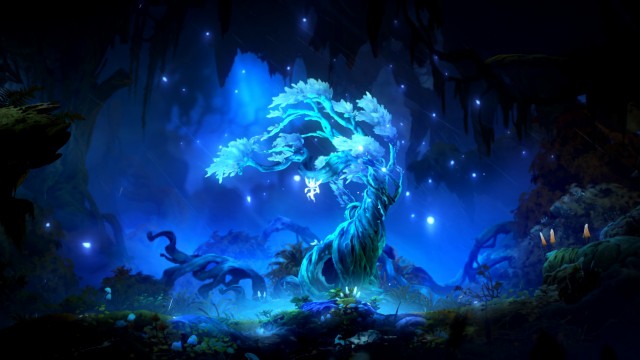 The Ori series is one that's always been on my "someday" list, one of those things where I knew it was supposed to be good, but I could just never square off enough time to properly settle in and give them a shot. So when the chance to review the Switch port of the latest game came across my desk, well, I jumped at the chance.

And I'm glad I did. This feels like something that's taken lessons from every metroidvania I've played over the last few years, and from people whose core grasp of gameplay really works in a way similar to my own mind.

So let's talk about it.

I'm not going to go too much into the story here, both because I know I'm lacking contextual details from coming in on the sequel, and because a lot of the beauty is stuff you really need to see on your own. But to hit on the vibes, this game shows a deeply troubled land. A place where people put together happiness, but not easily and not without struggle. A place where pain comes easier than healing. And yet, it is a beautiful place, a haunting place, where one can, perhaps, soothe some of the very land's pain.

Nature can be a funny thing, that way. 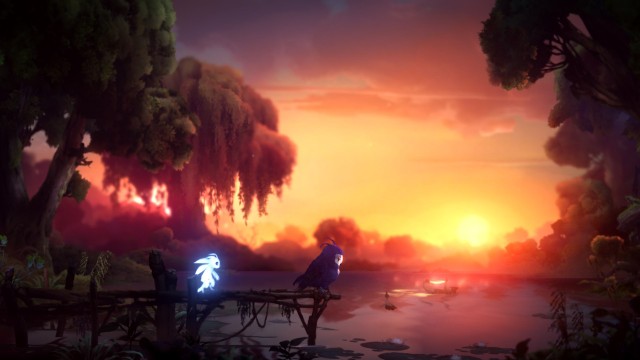 Mechanically, Ori learns a lot from the games around it. It's a metroidvania by nature, or search-action as some folks have started using, and that means navigating the world is crucial. Right out the gate, Ori gives you a wall-climb just core to your capacity, and it's not long before you start getting dashes and double jumps and all the classic tricks.

And those are just the basics. The game also deeply hinges on its more interesting specific gimmicks, like a grapple line that can pull you to certain surfaces, and a rebound that lets you snap off of certain environmental objects, enemies, and even projectiles. You can do some truly wild things if you nail your timing just right, and I have definitely clambered my way up into some weird wild corners once I really got to grips with all of these tools.

Ori's not short on combat options, either. Melee and ranged both come with several options, letting you experiment and tinker and find your own specific style. But I think my favorite thing is...Like, okay, I need to make a comparison.

Did you ever play Hollow Knight? One of the big things with that game's combat engine was that your melee strikes would push both you and your opponent back from eachother, a little clash of force from blade meeting either weapon or flesh and responding in kind. It was...Well, a lot of people liked it, but it personally frustrated me, and was one of the things that took away some of my enjoyment of that otherwise quite good game. 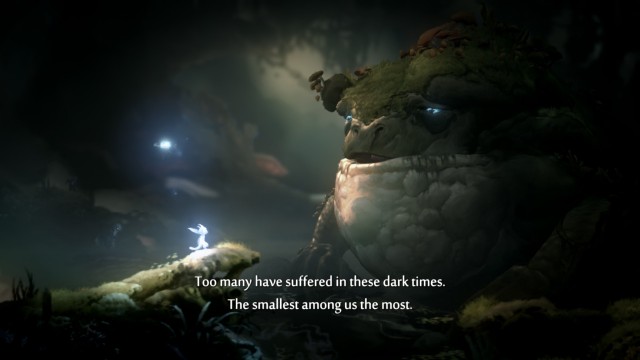 Ori still has your enemies reel back when struck...But you don't. You hold your ground, or just lose your forward momentum in the air. You endure. Feet planted. Spiritual blade alight. They come, merciless and wild, and you strike. And they fall.

It feels good, is what I'm saying. It hits this core beat that just works, and is so satisfying that I'll go out of my way to take out enemies when I'm passing through an area, even though I have the tools to circumvent them and really don't need to two-shot a little grub in a hallway I've walked down like twenty times since it's right by a major hub I keep coming back to.

That, was a long sentence. Maybe don't put that one on the box.

Point is, game is real fun to play.

If there's one thing that does feel a bit off, it's the platforming later on can get...Not even 'rough', there are times where it feels like I'm having to pull out my half-remembered sequence-breaking Metroid shenanigans just to get through an area. Like, as fun as it is to get up to a weird hidden area by juggling multiple rebounds and dumb tricks stacked together in a flurry of using all the buttons on my controller...

It feels less good when the game tells me "now do that to get through this area and grab the plot relevant doohickey". It's not even that I can't do the thing, it just...Feels like a level of mastery that's usually supposed to be optional, you know? 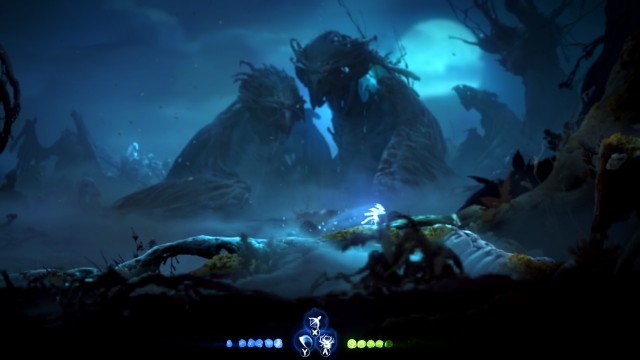 But of course, I also do have to admit that, much like how I compared this game to Hollow Knight, it does feel like it's taking some of the same inspiration that game did, and trying to be a bit more of a Souls-like experience. It wants the world to be unforgiving, and to not feel like it was made for you to best it. So sometimes that does lead to some wild solutions to problems.

It just also leads to some areas feeling less cohesive than they really should, when the only solution I can find feels like the sort of jank bullshit I usually come up with on my second playthrough of a game to get to ignore the intended solution.

These are valid decisions, of course. And if you know what you're in for when you step in, it's not likely to hurt your experience with the game much. But it is definitely something you've got to know you're in for.

Of course, we should also probably run through the bugs and technical things. There weren't a lot, really. For a release-day game ported to a whole new platform, I had an overall really solid experience! There were only three really noteworthy things I noticed.

The first was, I did have a couple crashes, usually when coming right back out of a long sleep where my Switch might have lost internet, or gone from docked to portable and back. We'll come back to that, actually.

The second thing was, eeevery so often when I really got going, when I was dashing and springing and rebounding and just delighting in movement and speed, I could outpace the game's data streaming and make the camera linger behind, or even get it to have a couple frames of unloaded backgrounds and textures before things would pop in.

And the last thing...The game really does not seem to know what to do if it can't get internet. Like, there's all these little challenges with leaderboards, right? And if I boot the game up without internet, it doesn't just snap to offline. It does a whole thing where it errors out, tries to connect, brings up the wifi menu for the Switch, tries to connect again, and then, almost grumpily, goes to offline mode. And sometimes it'll try to reconnect when brought out of sleep, and will go through the whole error dance again before letting me play.

These are almost interesting to me, because they're the sort of technical things that show at the very edges how the game was fundamentally built for a fixed home console, a thing that doesn't expect to change from "internet" to "not internet" with any kind of regularity.

That said, do these bugs and quirks diminish the game? 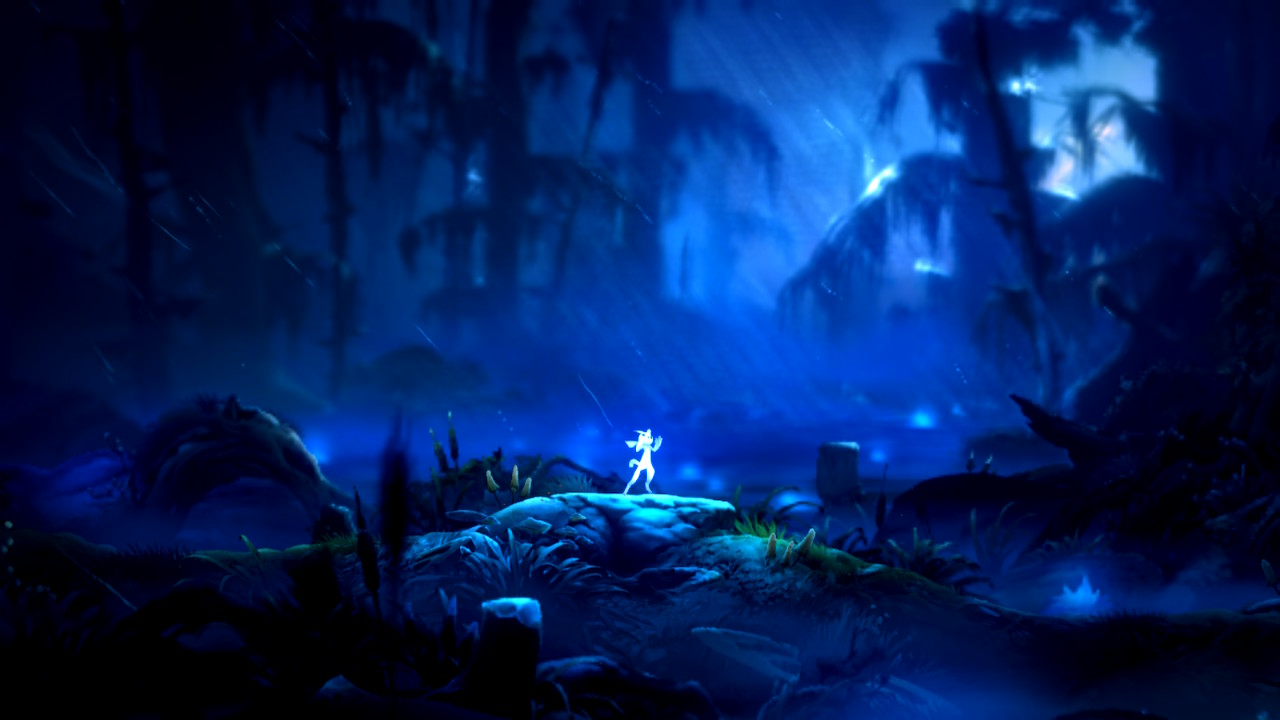 Make no mistake, this is a game that still looks fucking amazing on the ever humble Switch, a game whose interface squeezed down into handheld mode with a cleanliness I usually only see out of Switch-first titles. It's clean and crisp and plays like a dream. I can't remember a single time where I actually saw a framerate drop, or a resolution fall, or any of the usual performance thieving tricks...And while I'm not the most sensitive to these things, I can usually at least see it if I'm looking for it.

Does it get there by seemingly pushing the Switch to its absolute limits? Sure. Does it sometimes leave things a bit at the ragged edge, just barely keeping from having to drop performance somehow? Sure thing.

Does it matter? No! The only reason not to play this game is if you want to start with the first one. Which I can't speak to the Switch port of that one, but if it's even half as well done as this one, it's gonna be a plenty good experience.

Either way, you're in good hands.

Ori and the Will of the Wisps