Let's just get into it. 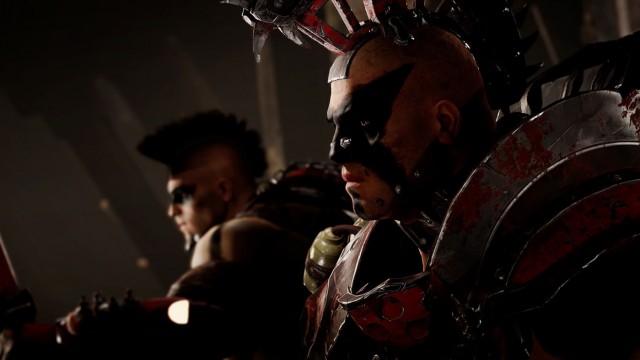 Why are we still here? Just to suffer?

Okay, so, this is a UK-based website, even if I'm the designated American. (Yeehaw duuuudes, etc. etc. etc.) So you probably know what the hell a Warhammer Forty-K is. In the grim darkness of the far future there is only war, and all that jazz.

If you need a quick rundown...I mean, it's set in the year 40,000, shit's real bad, humanity's fighting various aliens and chaos demons and so on and so forth, and their overwhelmingly massive and baroque empire is so absurdly far-reaching and meat-grinding that entire planets are both dedicated entirely to industry, and can be utter blips and rounding errors. Literal billions of lives can be lost and just not noticed because of how many more billions are still in play.

In the most densely populated of these worlds, humanity cannot rely on any kind of sprawl or even interconnection, and thus forge hive cities, hyper-dense self-sufficient city-states.

And if you're not even lucky enough to live in a hive city? You live in the underhive, the place where all of a hive city's debris and scraps go. Where there's no such thing as a bystander, because the only way to survive is to be aligned into a gang, and ready to fight and kill and die for them.

It's one hell of an evocative setup, I've got to say. It's a pitch a couple other stories and settings have used independently, but it just works.

But okay, what's this game actually do with that setup?

So, it's turn-based small squad tactics, but it's set up a bit differently than a lot of them. Lemme walk you through a turn.

First, you pick a unit. Each unit can only be used once per round, and each one has a different initiative value. Your opponent will also pick one, higher value goes first. I'll assume you go first. 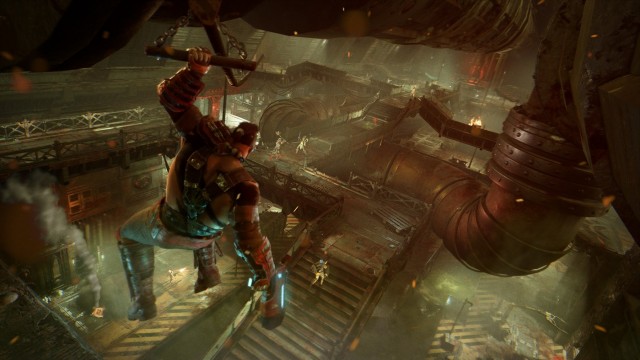 Your unit will operate in a sort of frozen realtime state, where you can run around and do actions and such, and the only other reaction will be any prepped Overwatch or Ambush triggers, or popping traps, or that sort of thing. To put a limit on this, each unit has both Action Points to spend on doing stuff, and Movement Points to spend on running around. And while you can pull back on MP by returning to where you started and try running down a different path, any and all interactions will lock in your expenditure up to that point. So you can run 40 points down a ramp and scout it out, but if you actually shoot or get shot by the enemy you find, you're not making it back.

Actual actions are, unsurprisingly, handled via internal RNG. How likely you are to hit, the damage you'll do, etc, all very tactical-game number-crunch.

Once you're done, you end your turn, and your opponent then goes and does all of this while you watch, until they run out of things to do and end their turn. And then it's back to the top, for each of you to pick your next unit and for whoever's got more initiative to go first.

At its best, it provides a really interesting tension. You can put low-initiative units up early in the round, knowing they'll only have to deal with going behind one unit, or put your high-initiative units up if you NEED something done before another unit can react. (Say, finishing one off before they come up in the round) Or on the flip side, since taking a turn ends all of your auto-react stuff like Overwatch, you might instead want some powerful units going way at the end just to maximize your chance that they pop off and you get that extra reaction.

Outside of the scope of the single turn, the game's got some good stuff going for it as well. You have a full story mode that introduces you to the various unit classes, a lot of gear, abilities, and feeds a fairly solid narrative the whole way. Then there's the meat of this pie, the campaign mode where you can build your own crew from one of the big houses, go on missions and raids, clash with AI or other players, and generally do stuff that feels like a big splashy 3D version of the tabletop games it's pulling from.

So, yeah. When all of this works, it works pretty well, and there's a lot of stuff going on here.

...But it doesn't always all work.

Are you feeling it now, Mr. Krabs? 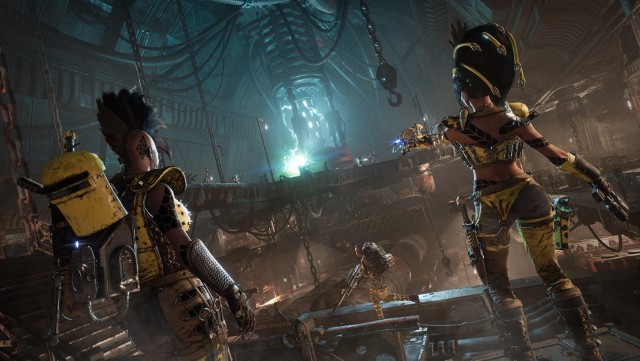 Bug wise, the single biggest one I kept running into was that every time I come back to the game, it's un-inverted my god damned Y axis. So I have to go in, turn the invert setting off, and turn it back on, sometimes just if my Xbox went to sleep, and every time I boot the game up from scratch. And once or twice it didn't even stick, so I had to go back into the menu and do it again before it did.

Or sometimes, the firing lines for units just wouldn't work. I'd be well within range, I'd have a clean shot, but I couldn't shoot an enemy even though I could shoot one further away?

The controls are...Wonky at times, with a lot of things not on the buttons I expect them to be, and things like map control in the strategy layer just acting really weird. Instead of it being like a noclip control, or having an ascent/descent control I have to look all the way down (which is more of about a 60 degree angle) and then keep holding the camera tilt to start descending, or vice versa.

Then there are things like how the game won't let me look at a character's inventory or abilities until I've committed to moving them. So I can't do things like double check who's got the medkit to go move by a wounded unit, or see if someone actually has the right command ability to start putting bonuses around.

I kept running into little things like this, where the game's interface kept fighting me and making it difficult to actually experience and enjoy the core gameplay loop. It was a layer of...Friction, is the only way I can describe it. And it meant every time I went to go roll my fun-ball down the track, it would stop way soonerthan expected. I'd quit having fun, and then I'd have to walk away for a bit so I didn't keep getting frustrated with the game and come back later. 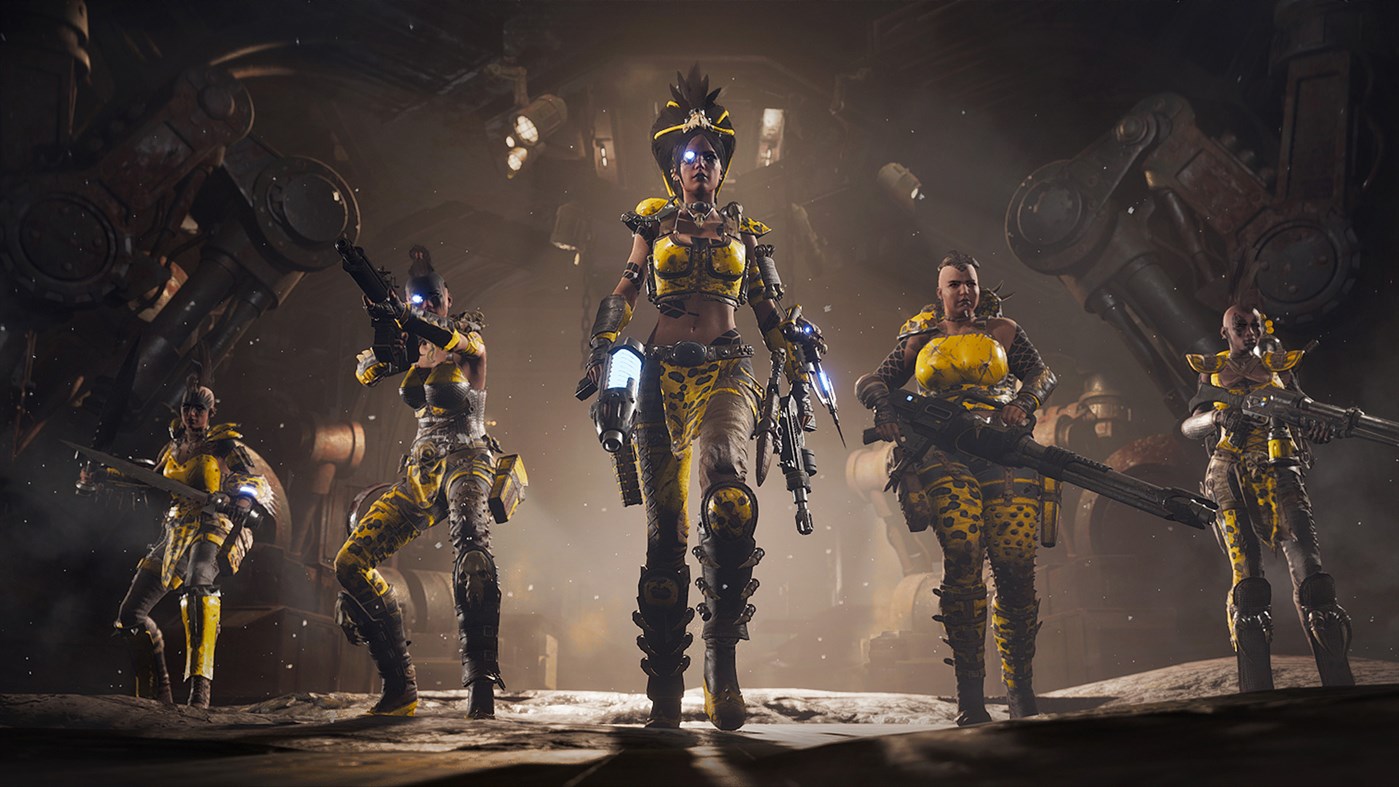 And that leaves me in a rather awkward position as I write this review. There's this core of something really solid in this game. But I just kept running into so many problems when I tried to tease it out, that it stopped feeling worth it more than once.

I think the game could be fixed with a couple hearty patches...But being a good bit out from release, in part because I was waiting for them to release such a patch, I'm not sure if one's coming.

I think the game could work really well on other platforms; several of the oddities I had honestly felt like the sort of thing you got with PC-first games awkwardly ported to consoles in the mid-2000s, so it might be there's a great version over there that runs like a dream...But I didn't play it there, I played it on Xbox.

And I had a pretty rough time with it.

Here's hoping the game improves, or the next round does better.