In todays times music games are quite the topic, I mean they always have existed with things like Guitar Hero and Rock band back in the days of the PS3, 360 and Wii (this was their prime time) and we've got rhythm games that involve attacking while sticking to the lines or objectives like Aaero but this game that I've had a preview of is a game that I'm looking forward to but I also believe has the potential to have a mixed bag of reviews. 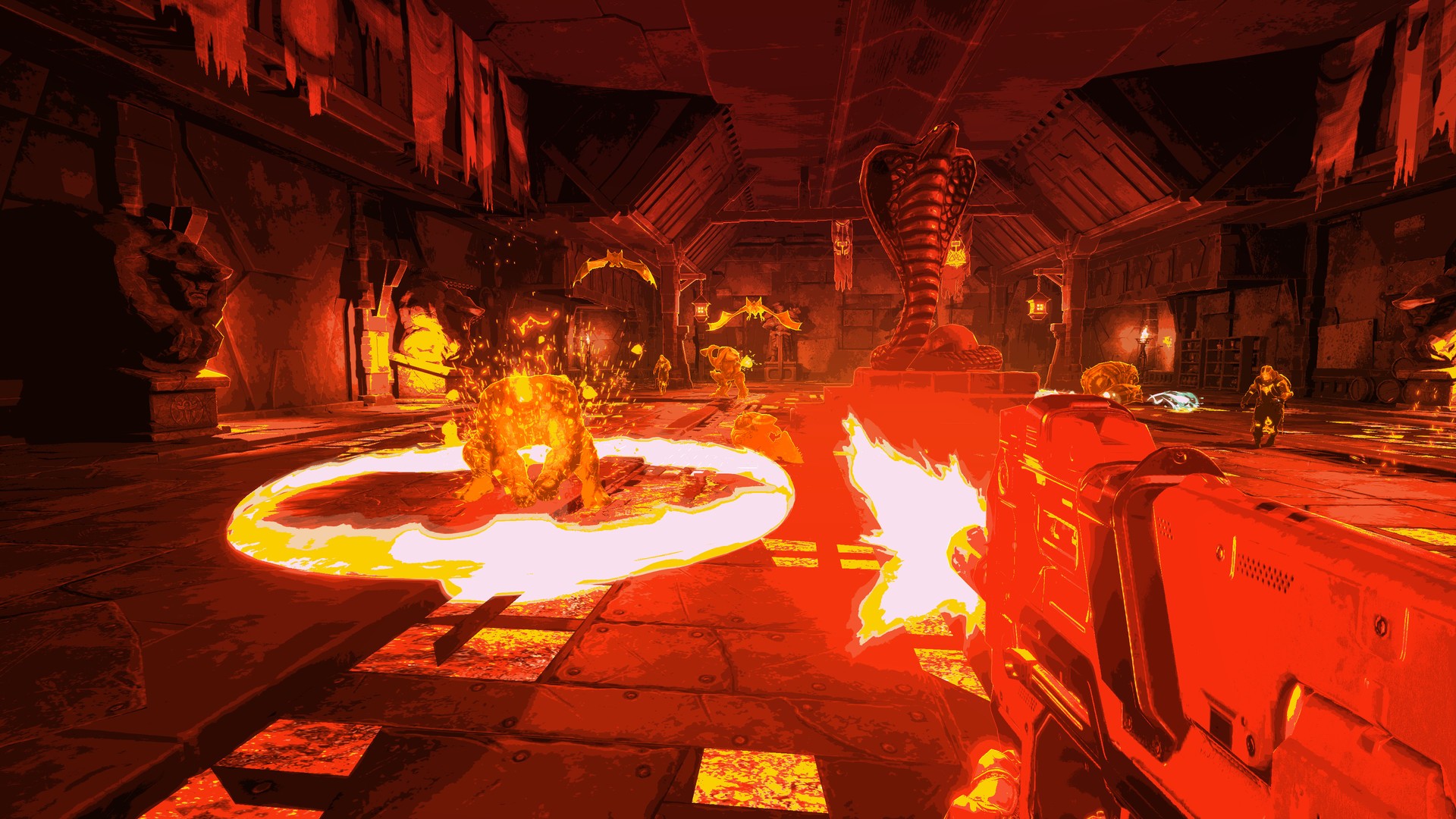 When I was offered this, I had never heard of this game so I went in blind other than seeing the title, which gave me the impression of violence and music and that is a good combination. So, you get through the logos and there's a kickass rock piece in the background as the menu heartbeats to the beat of the music. Now with this preview I could only progress through 2 stages of the dungeon and that was bloody difficult and I was playing on easy. Each of the levels are procedurally generated as well so the layout and challenges are always unexpected. 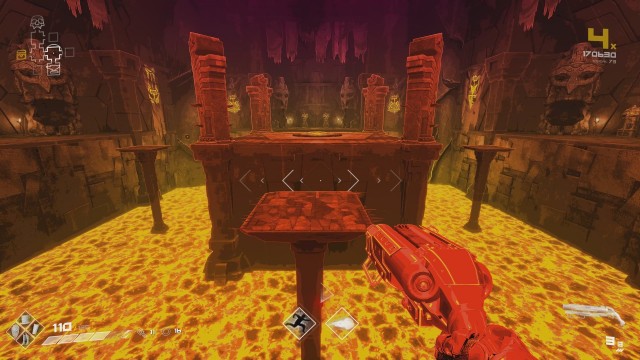 Here's the overview of the mechanics. You load in with a pistol and you hear the music and you notice your crosshair is moving to the beat of the music. The reason? Your goal is to progress through the dungeons shooting and killing to the beat of the music, if you try to shoot out of beat, you'll lose your streak on your score and the gun will just simply not fire leaving you vulnerable. There are chests in the dungeons that require keys and benefits that you can buy using coins. Coins can be used to buy health potions and weapons and keys are used to open special chests and certain doors to get new abilities. The main ability you'll always start with is an evade where you can dodge but to the beat of the music again.

The abilities I've only managed to come across a few such as an ability where if any of your bullets hit an enemy, another bullet will spawn hitting them again but the most useful ones I've come across is a screen wipe that will damage all enemies in your vision and with the kinds of enemies you'll encounter that can really help, speaking of enemies lets quickly go over them.

The enemies in this seem to be all over the place in variety, I'm talking from insect flying things to bat looking types, slugs, spiders and spiders that release flying bugs when they explode. Oh, and the bats fire projectiles at you. Remember the screen wipe? I used that the moment I enter the room and see all those as killing the bats brings a massive relief off your shoulders because on easy mode you have 100 health, each hit taking away 25 health and even though the game was on easy difficulty, when you are outnumbered 10 to 1 and being constantly charged at and fired upon that health can go straight away and bam, you're right back at the start of the game. 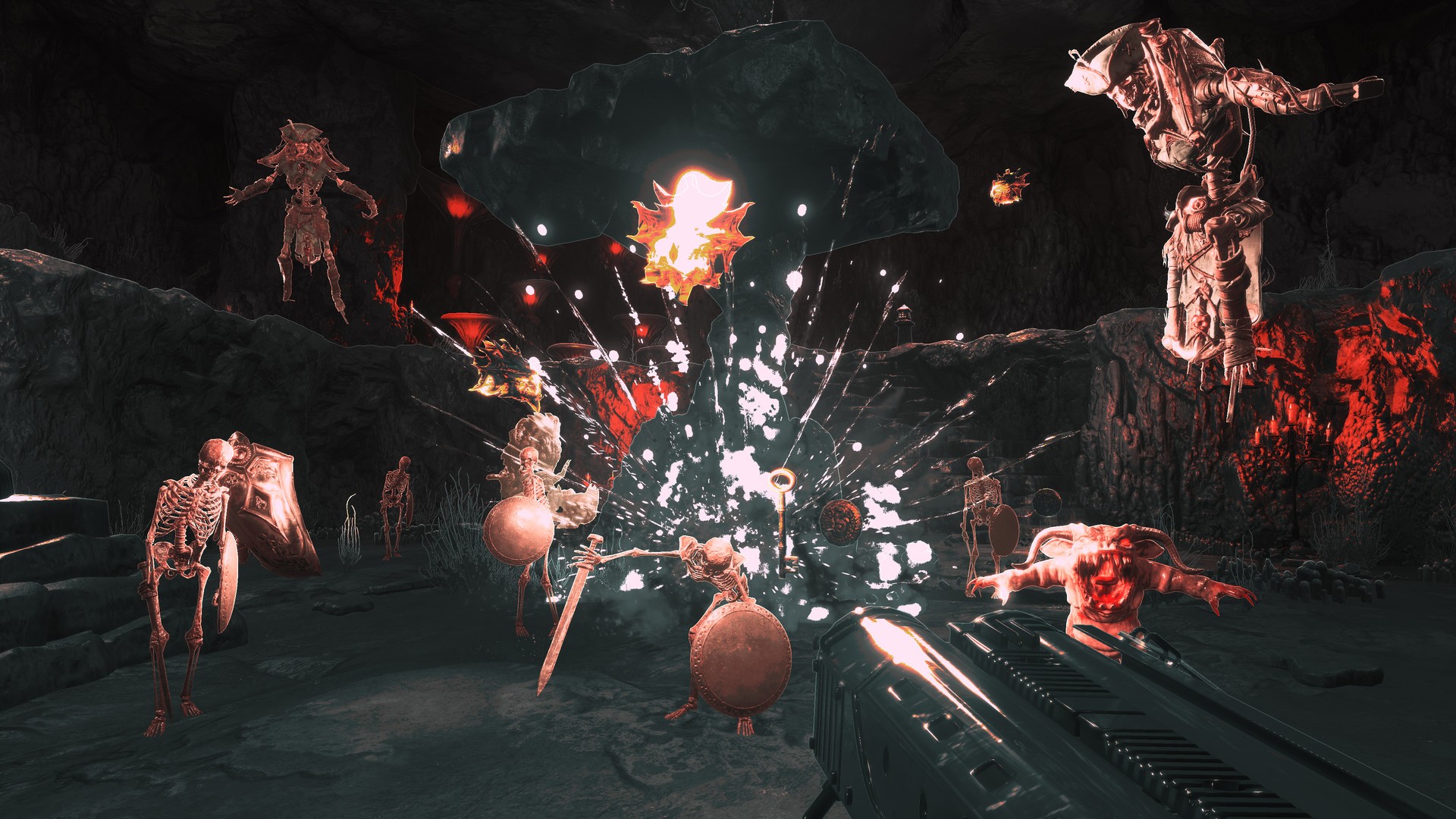 I've only been able to hear 2 of the soundtracks during the game as the preview only gives access to 2 levels of the dungeon and the pace of the songs really makes you feel unstoppable. The feel of the game itself is kind of like DOOM but musical DOOM. So just imagine the song BFG Division but every single kill you do is straight to the beat so you feel like an absolute unstoppable tank of a player.

So overall I am eagerly awaiting the release of this game, which is going to be the 15th of September so be prepared to be a musical DOOM slayer.