I don't even have all the characters unlocked yet.

This game is bananas.

Okay, let's wind back. I'm faaaaaar from the only one writing down my thoughts on Super Smash Bros. Ultimate, so let's run through some quick info. Platform fighting game, tons of classic gaming characters, everyone is here, etc. etc. etc. 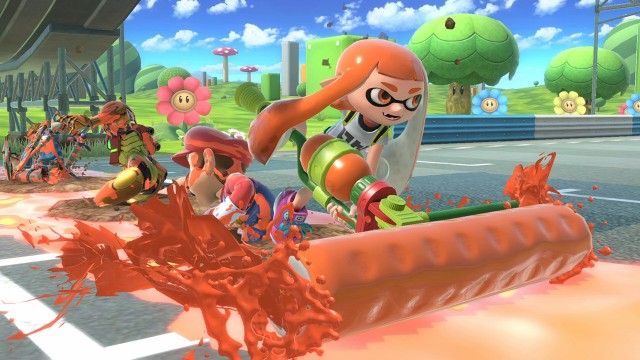 ...See the problem is just how big of a mainstream deal this series is. I'm used to writing about weird, obscure little things where there's an actual chance you've never heard of it before I wrote stuff down. This is, this is different.

So let's come at this from a different angle. I want to look at this as a fan of the Smash series, and assuming you at least casually know about it. Sound good?

Super Smash Bros, as a series, has been...Not necessarily one of a kind, but of a rare breed, in how hard it's stuck in with only a few actual entries. If we consider the two forms of the previous entry to be a single game, this is only the fifth game in the series' almost 20 year history. In five games, we've gone from 12 characters to over 75. From Ness being the most obscure character in the roster, to god damn Shulk from Xenoblade Chronicles being playable. His game only even came out in the US because of a fan campaign!

And in that span, the series has managed to have five unique identities. The original N64 entry, and to a far greater extent Melee, are still played regularly and competitively to this day. It's the only series to my knowledge, to have actually held two separate main-stage slots for the EVO fighting game tournament for multiple years.

All of this is to say that Ultimate is facing a really surprisingly huge, impactful legacy to try and hold itself up against. And that actually makes it really interesting as a contender. Because each game, aside from holding a different reputation, also tried to do something really different from the previous entry.

Super Smash Bros., of course, held its entire idea as new. Platform fighting, Mario getting to wail on Pikachu, four players, all of it.

Melee then focused on being more of everything. Events, an Adventure mode, new characters including ones the average US fan had never heard of, and real hidden unlockables so deep in the game that those Sonic hoaxes seemed downright plausible. 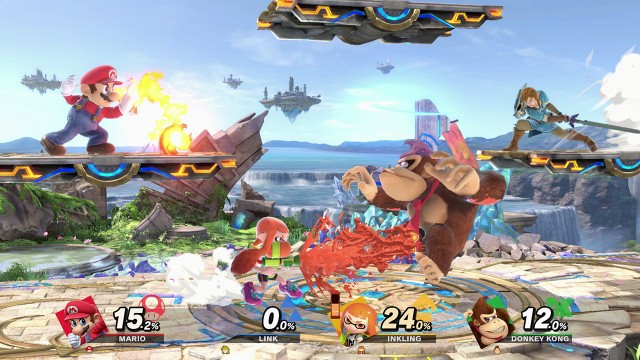 Brawl, tried to go back to accessability. It added wild new characters like our first taste of third party support, it retooled the game around eliminating a lot of what makes Melee's high-level play what it is, and of course, it added Subspace Emissary, a massive single-player campaign that let you play as almost every last character in the game. It even gave us Final Smashes, something that had been lingering at the edge of the game's concepts since the very first game.

And then for 3DS and Wii U, better known as Smash 4, tried to focus back on the core. Solid gameplay, lots of characters, great stages. It brought DLC, it brought portability on 3DS, and up until the end when it stumbled, it was a really interesting and solid competitive game.

Which swings us back to Ultimate.

Because if we look at things in terms of identity, Ultimate is perhaps best defined as trying to be the synthesis and celebration of its entire history. I mean, the entire goal of "Everyone Is Here", including Snake despite the incredibly tense politics that that entails...That alone is absolutely wild.

You've got an engine that pushes a style of play similar to what 4 was aiming for, with less of the crazy inputs of something like Melee, but with the speed and aggression cranked up. You've got World of Light, which serves as a light story-type adventure riding on hints and implications. You've got the whole idea of every character having their own custom lineup for Classic Mode.

I mean, hell, they even brought back almost every single stage. There are, like, five that aren't in the game, once you take out things like the different iterations of Final Destination.

It's downright amazing. I've heard it theorized that this might be the last game, that it'll just get ported and massaged. And while I don't think that's necessarily the case...I do think this is going to be the definitive form of broader Smash for a long time. Melee is always going to be its own offshoot, but I can really see this overwhelming most interest in the other three for a while.

Or at least, it can if it fixes a few little issues. 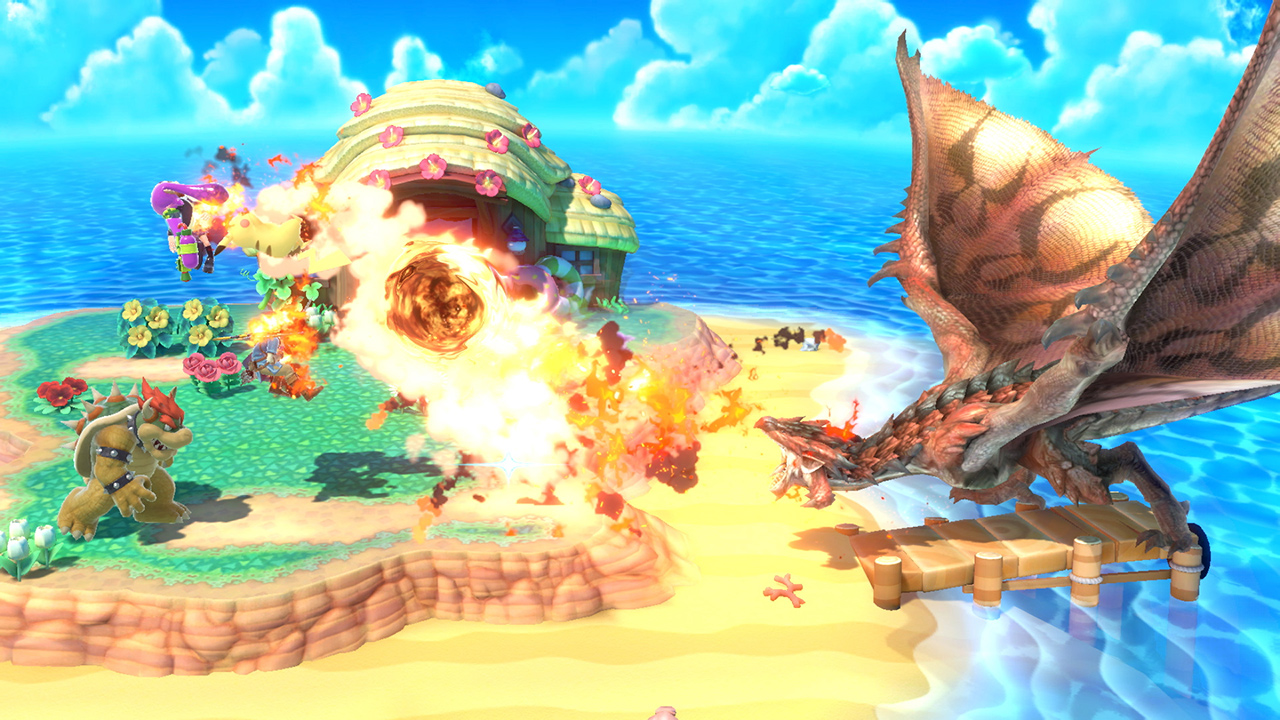 The big, obvious one is online. Nintendo's already patched out the day-one problems where the matchmaking system cared about getting you a match, more than getting you the match you wanted, so competitive players were getting stuck in with 4-player ultra-random chaos fests. But there's still some real problems with the game being sensitive to connection quality, and not having many ways to focus in on playing against good connections. I'm in California, one of the hubs of the competitive scene. I shouldn't be worrying about laggy matches, you know?

But it's the smaller, harder to spot little pair of quirks that's more interesting to me as we dive deep. See, there's two things we need to talk about: Input lag, and buffers.

Input lag is, plain and simple, the space in time between pressing a button, and an action happening. I want to be clear, every single game ever made has this: I could wire up a fucking circuit with a button, a battery and an LED, and you would find some lag at high enough recording speeds because of the physical time required for the switch to actuate and the electricity to travel to the LED.

So, every game has some lag. Ultimate has a little more. There's somewhere around 5-7 frames of lag between pushing a button and getting a result, depending on controller, your TV, etc. etc. etc.

For contrast, Melee on a CRT had as low as 3-4 frames. It doesn’t sound like a lot, but, when single frames can matter... 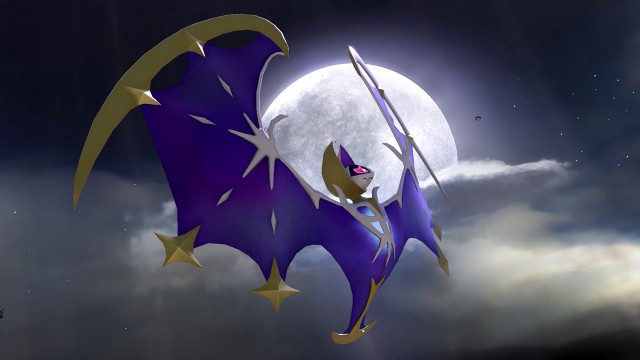 For more casual play, you're not going to notice this at all. It's the more dedicated play that this could be a problem for. Street Fighter 5, infamously, had a similar amount of lag and it was one of the things that really hurt the game’s early days, until Capcom had to do some serious work to patch it down as low as they could.

What a more casual player could notice, though, is the buffer. Put simply, this is the game queuing up actions you hit the buttons for before your character can do them. So for instance if you drop shield and try to jab too quick, the game will just hold your A press and start jabbing as soon as the shield drop finishes.

This isn't really uncommon. A lot of games use this sort of thing, as do most of the Smash games. The problem is that the buffer is so large that it's actually making things tricky. Multiple times I've tried to go right into a dash attack, only to get buffered into doing a smash, for instance.

These are both fixable problems. Depending on how they've programmed the buffer, they might literally just need to turn down a setting somewhere in there to shrink it a little. And the lag might be easily fixed, too.

But for an otherwise amazing game, these little tiny issues are enough to make its place in the scene...just a bit less stable. I mean, it's not going to kill Ultimate's competitive scene. If Meta Knight, tripping, and then hoo-hahs and Bayonetta couldn't kill their respective games, I don't think these issues will either.

And for a more casual fan, I certainly don't think this is going to make the game any less of an immediate buy.

I'm just, I guess, hoping these little issues get fixed, so the game goes from "super great" to "damn near perfect".

And I mean, hell, we're getting a literal plant as a playable character in a few months. That's worth the admission price alone.

But to boil it down...these are small issues. This is still a game with over 75 playable characters, that you can learn in ten minutes and then go in hardcore if you want, that rides the line between easy to learn and engaging to master perhaps better than any other entry in the franchise.

Statistically speaking, you probably already bought this game. But if you didn’t, go do it now. You won’t regret it.